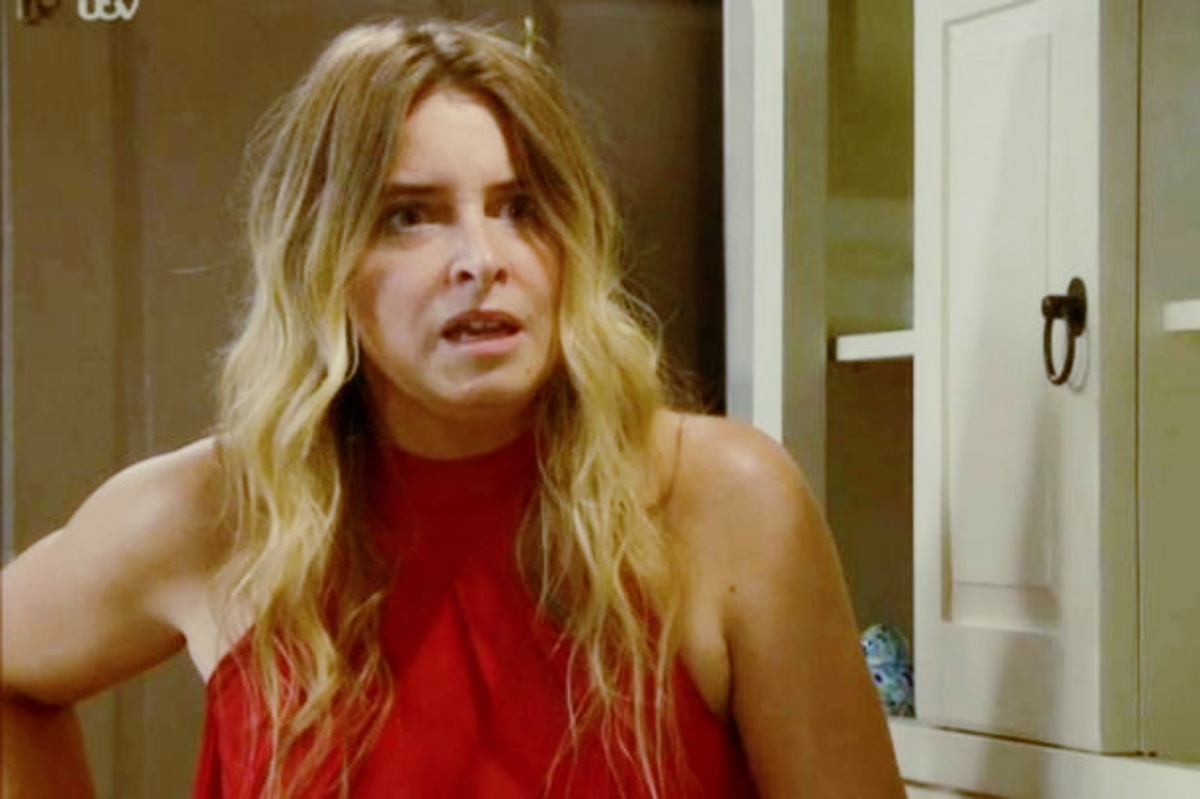 Emmerdale spoilers for the week of January 27 reveal Graham Foster’s (Alexander Scarborough) body is found. Charity Dingle (Emma Atkins) will be devastated when the truth about Sarah Sugden (Katie Hill) is exposed. Meanwhile, Rhona Goskirk’s (Zoe Henry) world crumbles when she learns the truth. Keep reading to get all the details on what to expect.

It is teased that on Monday’s episode, Graham’s body will be discovered. He had a long list of enemies, but there was one person who was close to him. That individual is none other than Rhona.

Even though fans know that Jai Sharma (Chris Bisson) is innocent, he will be a suspect in Graham’s murder this week. How will he get out of this mess?

Rhona has been worried sick about Graham because he seemingly vanished. She finds out why when she is told that his dead body has been found. Her whole world crumbles right in front of her. In addition to everything else she is dealing with, now she is also grieving the loss of a man she cared for.

Emmerdale spoilers indicate Charity will be in shock when she learns some news. Despite her best efforts, Sarah has been keeping a dark secret. As fans recall, that secret nearly cost Noah Dingle (Jack Downham) his life. Charity blamed Graham but the truth is that the person responsible is in Charity’s own family. How will she deal with this horrifying situation?

The truth about Sarah and the drugs will be exposed when Noah finally tells Charity the truth. Fans have to admit that it is about time he tell Charity what really led to his hospitalization and drug overdose. He should have told her from the beginning. There is no hiding from it anymore. Charity will be absolutely devastated.

As she tries to regain her composure and deal with this the best way she can, how will Sarah explain her actions? What will Charity do about this situation? Fans will have to keep watching the British soap opera to find out what happens next with their favorite characters.