General Hospital Spoilers: Carly Shooting Daggers At Nelle – Determined To Get Rid Of Villain Once and For All 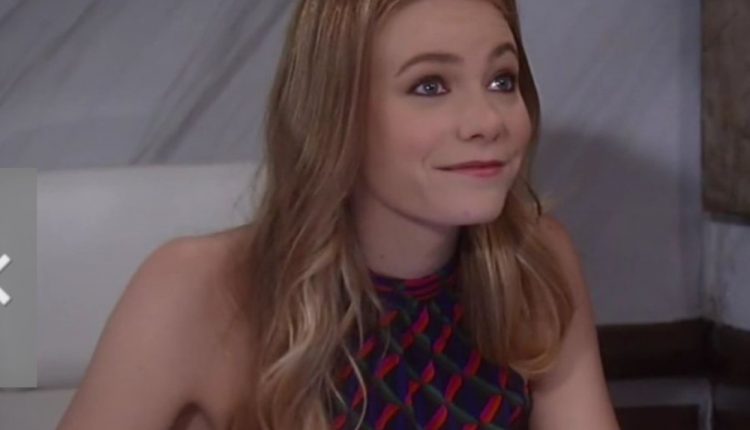 General Hospital spoilers indicate that one lovely lady’s life is on the line now that’s she’s back in Port Charles society. Should Nelle (Chloe Lanier) be worried about losing her life before she can gain Shiloh’s share of ELQ?

The oddsmakers say yes! At the moment Carly (Laura Wright) is shooting daggers at her nemesis and making no secret of the fact that Nelle has to go, like yesterday.

Will Carly be able to make her dream come true? She’s dispatched onerous opponents before, so viewers shouldn’t put it past her to make a dangerous move against Nelle. Unless she finds out about that one little secret Nelle is keeping!

Carly’s enmity toward Nelle is heightened by the fact that she, in Carly’s eyes anyway, ruined Michael’s (Chad Duell) life.

Nelle also came to town with an agenda, and that was to punish Carly for playing a part in her kidney being stolen—it’s a long soapy story! But who wouldn’t be a little miffed that one’s kidney was taken against her will?

Nelle’s reign of terror on Carly was successful, making her life miserable for a period of time. But is that enough to desire the demise of an enemy?

According to Carly, what Carly wants, Carly should get. So, if that means Nelle takes a hike, so be it. At the moment, Nelle’s time in Port Chuck looks to be limited.

Except that there is a very big (and adorable) reason that could wind up being her get out of jail free card. That reason’s name is Wiley, aka Jonah.

Baby Wiley is actually baby Jonah, Michael and Nelle’s child. Even Carly wouldn’t harm her own grandbaby’s mother, would she? This secret has got to come out sooner or later, and when it does, a ton of bricks will fall on several characters, likely changing the trajectory of a plethora of plotlines.

Then again, Carly isn’t the only enemy Nelle has made in town. Brad (Parry Shen) is raising the baby in cahoots with Nelle, who is making his life a living hell since her early parole. We all know what he is capable of!

Harrison (Josh Swickard) loathes Janelle, and if she keeps getting in Willow’s (Katelyn MacMullen) face, he may have to do something about her once and for all.

Tracy Quartermaine (Jane Elliott) is no fan of the interloper, either. Nelle’s ham-handed way of trying to gain access to ELQ has rubbed her the wrong way, and Tracy has a history of being unsympathetic to those who get in her way.

Is Nelle leaving GH? Stay tuned and find out!