‘The Bold and the Beautiful’ Spoilers: Brooke Running Out Of Steam – Ridge Finally Vindicated? 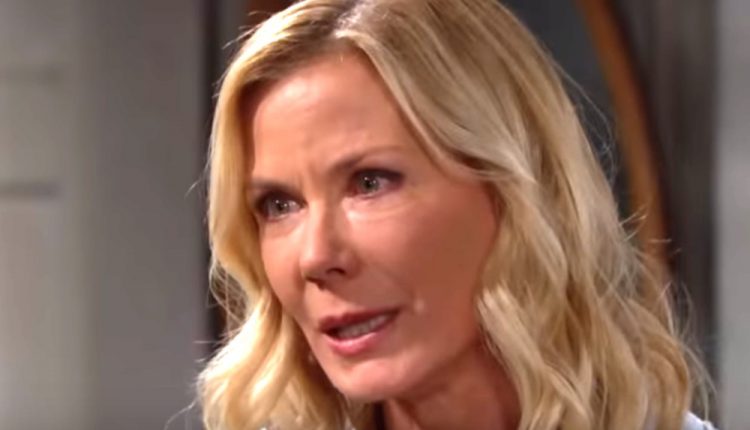 The Bold and the Beautiful spoilers tease that Brooke Logan (Katherine Kelly Lang) is facing limited options, as she tries to restore her marriage and protect her family members. Feeling the soapy walls closing in, Brooke’s lash out at Shauna Fulton (Denise Richards) and Quinn Forrester (Rena Sofer) is followed by news that Hope Logan (Annika Noelle) is splitting from Liam Spencer (Scott Clifton).

Ridge has been saying that Thomas is serious about wanting to redeem himself for months. Kaye’s character has repeatedly asked his wife to reconsider her opinion about Thomas, with her rejecting that plea every time.

Now that Hope has opened herself to Thomas, it’s become possible that trust can be rebuilt between the two. How long that truce holds, whether it develops into a platonic friendship or even romance remains to be seen. But Brooke will be deeply troubled by these developments because she’s adamant that Thomas is a threat to Hope and Douglas Forrester’s (Henry Joseph Samiri) safety and well-being.

Brooke would be tired if she were merely fighting to save her marriage. But having to ward off Shauna, who is backed by Quinn, along with trying to protect Hope is too much for Lang’s iconic character to bear.

Brooke is lacking what she needs the most, her husband’s full support and guidance. Ridge hasn’t stopped loving her and did recently tell Shauna that he had to back off their friendship, which had crossed boundary lines on a number of occasions. But Bridge remains in trouble, in part, because Thomas continues to work behind his father’s back.

The Bold And The Beautiful Spoilers – Thomas Forrester Appears Unstoppable

Brooke hasn’t yet reached the end of the road. She’s engaged in a physical and verbal battle with Shauna and Quinn, which followed the chilling confrontation she had with Thomas toward the end of last year. But Brooke still has enough energy to defend those she loves.

Eric Forrester (John McCook) has been positioned as a potential go-to source for Brooke, as his measured response to what happened between his wife, her friend, and his ex-wife demonstrated.

While Thomas appears to be unstoppable, Eric isn’t blinded to his actions, as Ridge has been. And with that Brooke retains a potentially powerful ally who knows the score and can settle it if Eric sees evidence that Thomas is continuing to undermine what’s best for the family.