The Bold and the Beautiful Spoilers: Is There A Negative Effect Playing Douglas Forrester Has On Henry Joseph Samiri – Matthew Atkinson Speaks Out 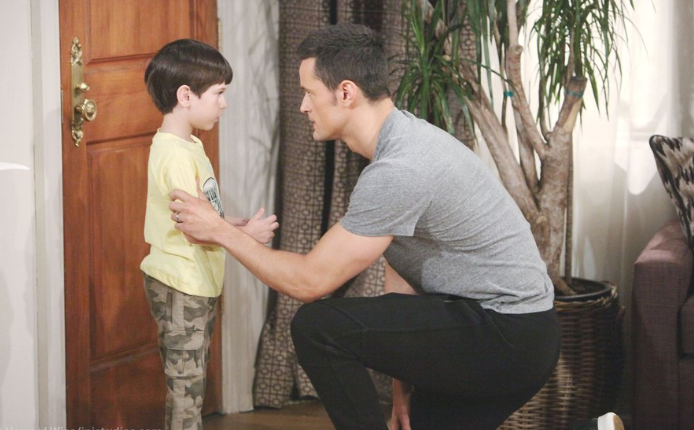 The Bold and the Beautiful spoilers reveal Douglas Forrester (Henry Joseph Samiri) has experienced some tough dialogue for a little boy. The way Thomas Forrester (Matthew Atkinson) has dealt with him has some fans concerned about the child actor. Even though it has been repeatedly stated that Henry knows it’s fake, viewers are still expressing concern. Atkinson has come forward to discuss the situation.

The Bold and the Beautiful Spoilers – Thomas Forrester Bullies His Son

B&B spoilers reveal Thomas has done a lot of awful things. Some of those include bullying, manipulating and intimidating his own 5-year-old son. Plus, fans can’t forget the day that Thomas threatened Douglas. There was a lot of outrage over the scene and viewers couldn’t believe that Thomas got away with it.

In the latest issue of CBS Soaps In Depth, Atkinson discussed having such tense scenes with the young actor. He explained once again that Henry knows that it is all pretending. They go over this before each stressful scene, too. Atkinson (and the writers) know that Henry is just a little boy and takes every precaution to protect him.

The Bold and the Beautiful Spoilers – Matthew Atkinson Speaks Out

The actor recalls how upset fans were about specific scenes and completely understands the concern. However, he also made it clear to the magazine that the emotional and mental wellness of Henry has never been forgotten.

The Bold and the Beautiful Spoilers: Wyatt Determined to Figure Out What Sally is Hiding Despite Being Back with Flo #bb #BoldandBeautiful. https://t.co/XqhsBb5A81

Even though Henry seems to know that it’s pretending, it doesn’t make those scenes any easier for Atkinson.

“Here I am killing myself over the idea that he’s going to need therapy when he’s 16 because of these scenes I shot with him. He knows it’s fake, but it’s still hard!”

What do you think of what Matthew Atkinson had to say about those difficult scenes with Henry Joseph Samiri? Were you concerned about the little boy?

The Bold And The Beautiful (B&B) Spoilers: Quinn and Carter Think They Belong At…