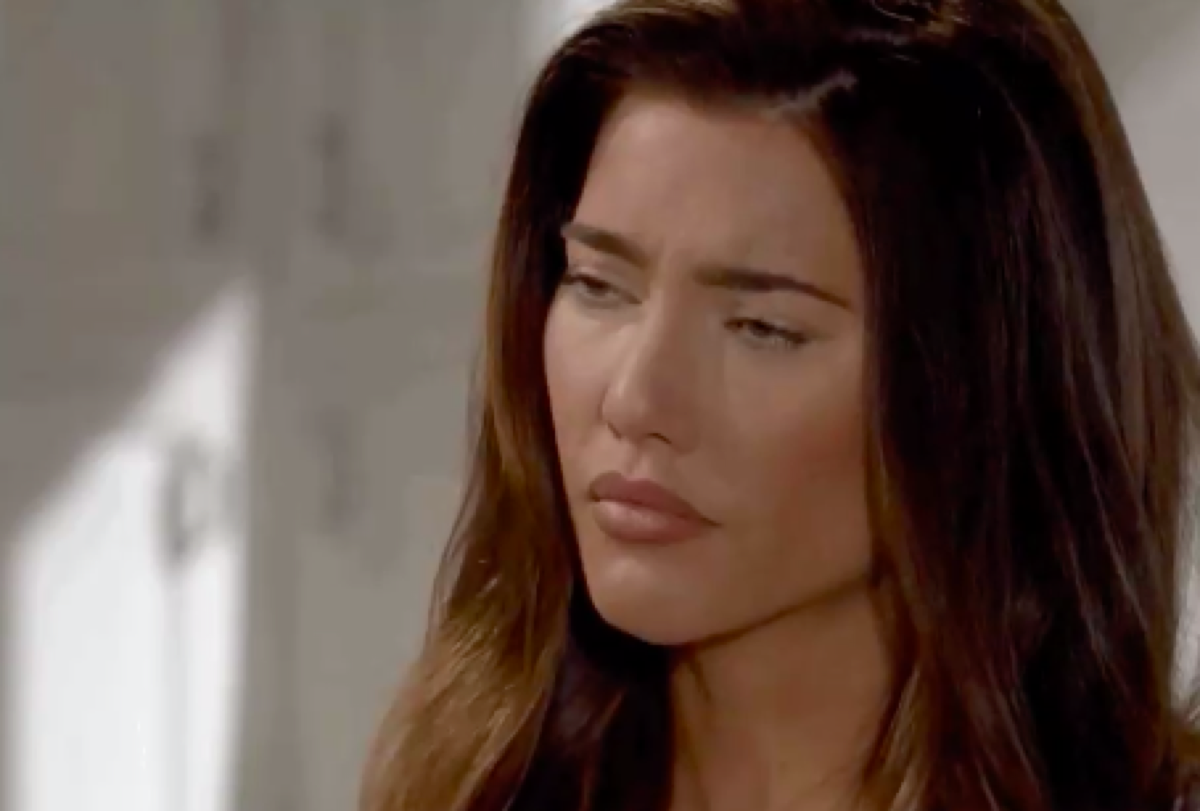 The Bold and the Beautiful spoilers for Tuesday, January 28, tease that Liam Spencer (Scott Clifton) will wait anxiously to hear what Steffy Forrester (Jacqueline MacInnes Wood) is going to say. As B&B viewers know, Steffy is on the verge of coming clean to Liam and telling him about how their kiss on the cliff was masterminded by Thomas Forrester (Matthew Atkinson).

Of course, Steffy got drawn right into Thomas’ scheme, and she kissed Liam right at the moment when Hope Logan (Annika Noelle) approached the cliff. A big scene followed, and Hope ended up breaking off her relationship with Liam as a result.

Steffy is now determined to tell Liam the truth, since the guilt is really getting to her. Even though she loves having Liam staying with her and Kelly Spencer (Zoe Pennington) at the cliff house, she feels terrible about why he’s there. Steffy likely feels that Liam would be with Hope and Beth Spencer (River Davidson and Madeline Valdez) but for their kiss.

Well, the Bold and the Beautiful spoilers say that Thomas will manage to interfere with Steffy’s plan to tell Liam the truth. Of course, Thomas knows that Steffy feels terribly guilty about the kiss, and he’ll do whatever he can to keep Steffy from spilling the beans to Liam. Exactly what he does remains to be seen, but he could call or even drop by her house at just the right time.

It appears that Thomas will know exactly how to get Steffy to keep her mouth shut, too. According to B&B spoilers, he’ll promise her the outcome she deserves, which of course means getting her family back with Kelly and Liam. It looks like Thomas will say all of the right things, and that Steffy will indeed keep quiet for now.

Bold And The Beautiful Spoilers: Quinn Forrester Gets Terrible News From Eric Forrester

Meanwhile, on the new episode of B&B, Quinn Forrester (Rena Sofer) will be feeling defeated. As B&B viewers know, she’s engaged in a war against Brooke Forrester (Katherine Kelly Lang), but she thought for sure that Eric Forrester (John McCook) would remain on her side throughout the whole thing.

Well, Quinn will get an unpleasant surprise when Eric informs her that he’s given the matter a great deal of thought, and that Shauna Fulton (Denise Richards) will have to move out of the mansion’s guest house. This will infuriate Quinn, who will argue with Eric over the matter. She’ll note that he’s siding with Brooke over her, and that if he gives in to Brooke on this, then she’ll want even more in return.

‘The Bold and the Beautiful’ Spoilers: Wyatt’s Discussion With Quinn Revealing – Lots of Love Left For Sally https://t.co/vYAUQFSiQj pic.twitter.com/NvSVTvqcah

Of course, Quinn knows that what Brooke really wants is for her to be out on the street along with Shauna, and deep down she’s probably worried that she’ll be next on the chopping block. But Eric will say that his decision isn’t about her; rather, it’s about respecting Brooke and Ridge Forrester’s (Thorsten Kaye) marriage, and that it’s just unacceptable to have Shauna living at the mansion alongside Ridge at this time.

Quinn will try to argue that Ridge and Shauna are adults and that they’ll get together no matter where they live if they’re so inclined, but it doesn’t look like Eric will give in. Instead, B&B spoilers say that he’ll insist that his decision is final, leaving Quinn fuming.