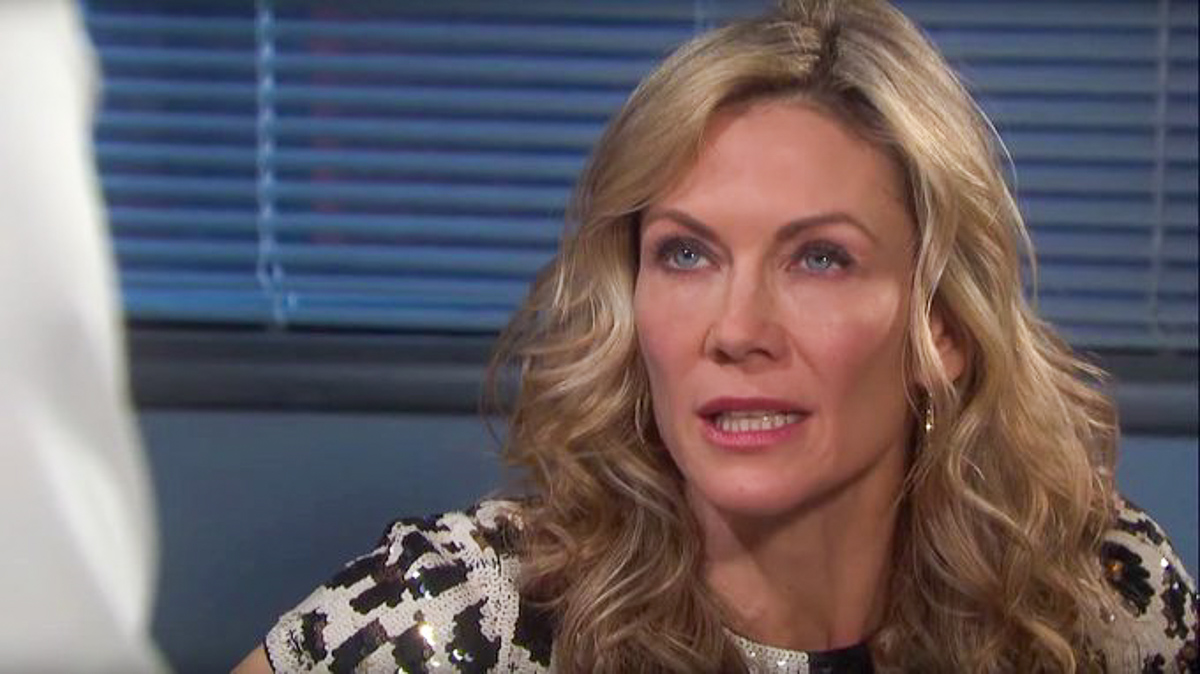 Days of Our Lives spoilers reveal we will most likely continue to experience preemptions due to the impeachment trial. However, viewers are able to stay current on what is happening in Salem by watching the latest episodes on the official NBC website. In one, Haley Chen (Thia Megia) died after falling down a flight of stairs thanks to Kristin DiMera. Actress Stacy Haiduk recently talked about the storyline.

DOOL spoilers indicate that Kristen went from complete elation to agony in a single moment. Even though Haley tried to get a doctor for Kristen, she demanded answers immediately. That is when she was told that her baby was born alive, but died a short time later. Kristen lost control, which led to Haley falling down a flight of stairs.

Days Of Our Lives Spoilers: Are Brady And Kristen Reuniting? Baby Brings Them Together Again https://t.co/2DEjLNTQhQ pic.twitter.com/iJnHjRaRCP

What we learned is that Kristen was not the only person at the top of the stairs. Abigail DiMera (Kate Mansi) happened to be nearby when she heard arguing and then screams. She asked Kristen, “What have you done?” Unfortunately, it would be too late for Haley. The fall would end up taking her life.

Days of Our Lives spoilers reveal Brady gets a few bombshells that day. The first was learning that Kristen was in labor. Then, he would have to deal with him losing his baby girl. The third bombshell will be that Kristen killed Haley during a zombie-like trance.

Actress Stacy Haiduk explains that despite Kristen being a villain in the past, Haley’s death was truly an accident. She was in the midst of her grief and ended up in a zombie-like state when she grabbed Haley by the shoulders to shake her. In the latest issue of Soap Opera Digest, Haiduk discussed the shocking scene.

“It’s a total accident and it happens so fast. Kristen is in so much pain. I can only describe it as when you get shell-shocked and you’re just in the state where you don’t even know what’s going on.”