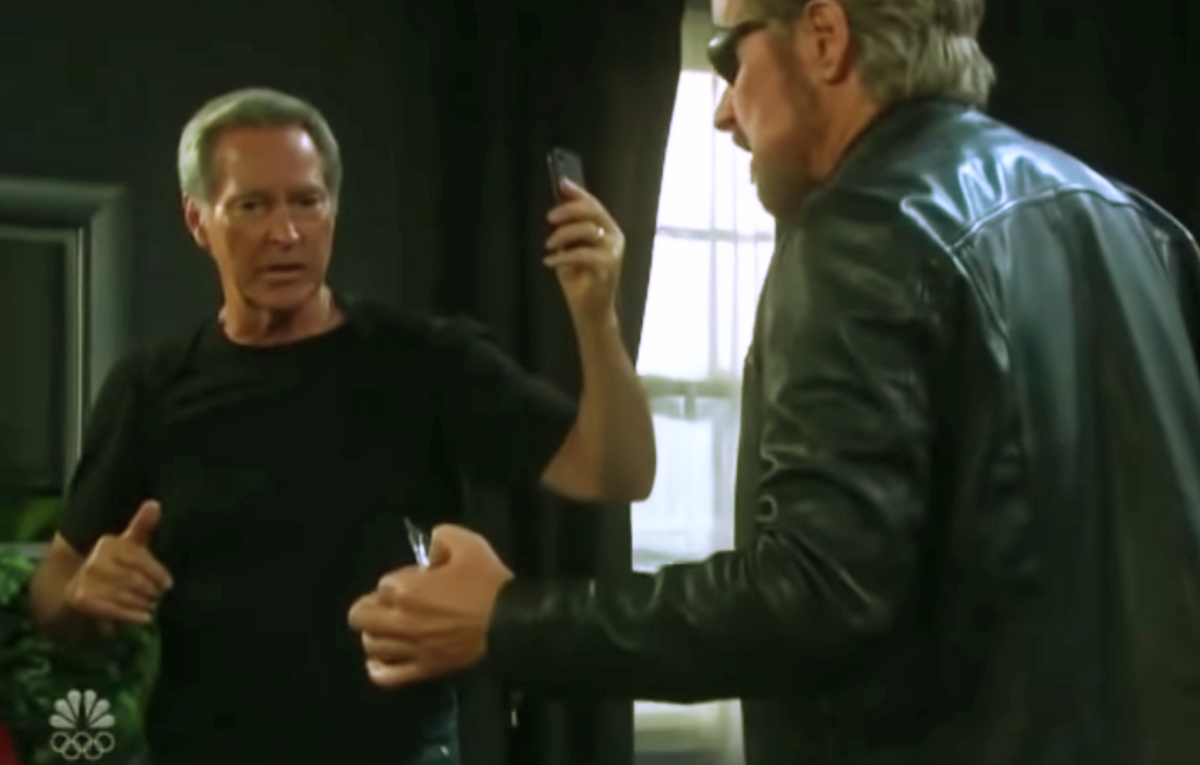 Days of Our Lives (DOOL) spoilers for Wednesday, January 29, tease that Chad DiMera (Billy Flynn) will be on a mission for answers. He’ll confront Kristen DiMera (Stacy Haiduk) about her recent meeting with Stefano DiMera aka “Steve Johnson” (Stephen Nichols). Chad will be fed up with all the secrets, but Kristen will remain loyal to their father. She won’t fill Chad in on the whole “Steve” situation, so he’ll be stuck dealing with more frustration.

DOOL Spoilers: Chad DiMera Will Be On A Mission For Answers

Chad will hope for his own meeting with Stefano soon, but he’s in for a shock whenever that finally happens! In the meantime, “Steve” will stir up some suspicions in Prague. He just blew up at Anna DiMera (Leann Hunley), who’d been going on and on about how awful Stefano is. Anna suggested that even Stefano’s own son was sickened by him, so that left “Steve” furious.

Days of Our Lives Spoilers: Princess Gina Has Murder On The Mind – John and Marlena Both in Grave Danger

Naturally, “Steve” will have to undo some of the damage in Wednesday’s DOOL episode. He’ll blame it on the stress of the search and argue that they shouldn’t be sitting around like this. “Steve” will want to pick the hunt up again ASAP, so he’ll press on with John Black (Drake Hogestyn).

However, John will pull “Steve” aside for a little chat later. He’ll wonder what’s up with his buddy since that Anna outburst was so bizarre. “Steve” will blast John as well, so he’ll be digging a bigger hole for himself. Afterward, Days spoilers say John will make a stunning discovery. He’ll find Stefano’s ring in “Steve’s” bag, so that’ll bring questions about how “Steve” wound up with it.

Days Of Our Lives Spoilers: Did Maggie Really Cause The Accident That Killed Adrienne? https://t.co/i1BHkHiW7E pic.twitter.com/ZGfnzonovq

Days Of Our Lives Spoilers: “Steve Will Suggest He Got Something From Kate Roberts

“Steve” will suggest he got it from Kate Roberts (Lauren Koslow) before they left town. He’ll lie about potentially using it as bait for Stefano since it’s such a huge part of his identity. John may still think that seems odd, but it looks like he’ll buy the story for now.

Back in Salem, Days of Our Lives spoilers say Kate will interrogate Princess Gina Von Amberg aka “Hope Brady” (Kristian Alfonso). She’ll want the full scoop on what Princess Gina has in store for Marlena Evans (Deidre Hall), but Gina will probably clam up – at least for the most part. She won’t want to risk Kate stepping in and blowing this for her. Princess Gina thinks this plan is her ticket to being with John.

Nevertheless, Kate will be uneasy about the danger Princess Gina and Stefano’s plot poses. She’ll fear for both Marlena and John – but especially Marlena. Anything can happen when Princess Gina’s left to run amok!