Days of Our Lives Spoilers: Will Employs Ben and Clyde To Get His Payback Against Victor 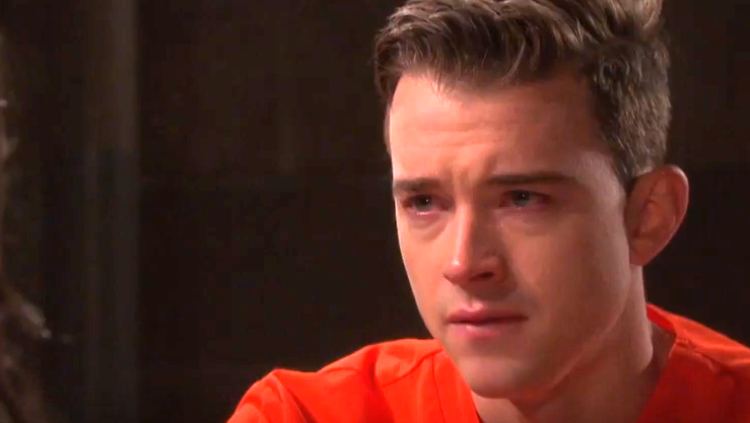 Days of Our Lives spoilers reveal Will Horton (Chandler Massey) wants revenge on Victor Kiriakis (John Aniston). Could his way of getting payback involve Ben Weston (Robert Scott Wilson) and Clyde Weston’s (James Read) escape from prison? The young man does agree to help them with the big break. Keep reading to learn what could happen with this storyline.

The Days of Our Lives Spoilers – Ciara Brady’s News

DOOL spoilers reveal Will finds out that he is actually innocent from Ciara Brady (Victoria Konefal). She finally got the truth out of Victor, but it was a different truth than what she was expecting. It turned out that Victor and Xander Cook (Paul Telfer) did have a murderous secret, but it wasn’t about Ben. Instead is had to do with Will’s prison sentence and the death of Adrienne Kiriakis (Judi Evans).

Once she learned the details, she went straight to Will to let him know that he was in prison for a crime he didn’t commit.

After Ciara delivered the innocence bombshell to Will, he sat back in disbelief. Then, the emotions started pouring out. He was relieved, sad and angry all at the same time. Then, he reacted to finding out that Victor was the person who did it to him.

Remember, Will and Sonny Kiriakis (Freddie Smith) were not the only ones affected. The decision also indirectly impacted other characters and their storylines. This includes Gabi Hernandez’s (Camila Banus) daughter, those affected by the baby swap and more.

Days of Our Lives Spoilers: The Race to Save Marlena, But Nobody Knows John's Left Hanging, Literally https://t.co/TgFATx2RmO

Days of Our Lives spoiler tease that Clyde will push Ben to break out of prison with him. His reasoning is that Ciara wasn’t able to clear his name, so he needs to do it himself. Of course, Clyde never does anything unless it benefits him somehow. Yes, he loves his son in a warped, twisted way. But he also wants to get out of prison himself to cause conflict and chaos in Salem.

What is interesting about this storyline is that Will is going to help them.

It is suggested that for probably the first time in his life, we will see a bit of Sami Brady (Alison Sweeney) in Will Horton. He could be forced to behave a bit devious in order to get out of prison. Not only that, but he realizes just how evil Victor can be — even though that evil is based in love for his family. There have to be consequences because Victor has gotten away with way too much over the years.

However, will there be fallout and could innocent Salemites get caught in the crossfire?