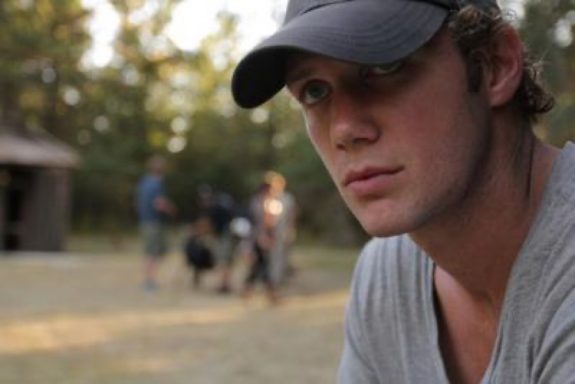 General Hospital spoilers have just dropped a major bombshell that no one saw coming. Yes, the show is bringing a character back from the dead, but it’s not anyone we could have suspected!

Johnny Wactor has been cast in the role of Brando (love that name!) the supposedly dead son of Gladys (Bonnie Burroughs).

His sudden and shocking appearance brings with it a ton of delicious intrigue, questions and wild speculation about his past activities and present intentions.

Is Brando a friend or foe to the Corinthos clan? Is he working undercover, on the wrong side of the law, for the good guys or for the bad guys? And, what role does his shady mom play in his stunning reappearance?

General Hospital Spoilers – What In The World Is Brando Doing In Port Charles?

For all intents and purposes, Brando was understood to have died while on duty in the military. His mom is currently in town, which makes his pop-up all the more conspiratorial.

In a complicated plot twist, Sonny (Maurice Benard) turned to his father Mike’s (Max Gail) cousin Gladys a while back for a favor. She agreed to pretend that Turkish teen Dev (Ashton Arbab) is her grandson, the son of her Brando.

She’s been a little shady in just about everything she does, and her most recent antics make it clear she could be working against her benefactor.

General Hospital Spoilers – Is Gladys A Plant Sent To Save Or Capsize Sonny?

With the reveal that Brando is alive, and at the same place at the same time as Gladys, it looks like these two could be in cahoots.

The million dollar question is, are they working for or against their relative?

Complicating matters, Brando’s actions during the waterfront shootout acted to shield Carly (Laura Wright) from danger. It seems completely implausible that he just happened to be there when gunfire erupted, the same time that Sonny was targeted at a different location.

Fans will remember that during the holidays Sonny caught Gladys on the phone with someone. She claimed it was Brando, albeit his voicemail. The grieving mom said she pays his phone bill so that she can call and hear his voice. At the same time it was awfully heartwarming to hear her story of devotion, fans also were suspicious about the Hallmark moment. Gladys isn’t exactly sentimental; she’s more shark like in all regards that we’ve seen so far.

Kudos to the GH brass for throwing a curveball when we least expected it. Then again, the hints were there all along—Gladys “talking” to Brando, her apt interest in the warehouse, asking questions about Sonny’s business, etc. TPTB have got fans on the proverbial hook and I for one can’t wait to see where they take us next!