The Bold and the Beautiful Spoilers: Wednesday, January 29 – Quinn Vows Never To Back Down From Brooke – Sally Takes Care Of Herself, Seeks Medical Help 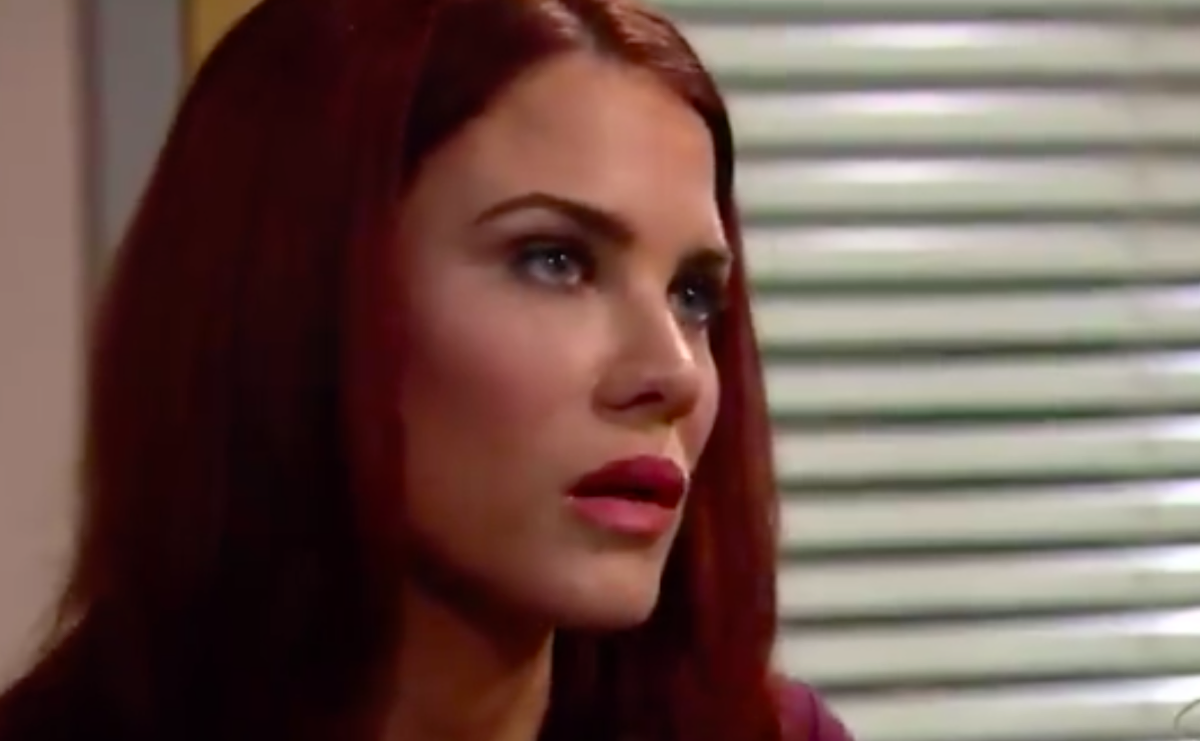 The Bold and the Beautiful spoilers for Wednesday, January 29, tease that Quinn Forrester (Rena Sofer) will find herself seriously unsettled. As B&B viewers know, Eric Forrester (John McCook) recently told Quinn that her bestie Shauna Fulton (Denise Richards) had to move out of the guesthouse. Quinn was unhappy about this development to say the least, and now she’s on a mission to get revenge.

As B&B viewers know, Quinn doesn’t want to see her friend have to leave under any circumstances, but all of this goes way beyond Shauna having to vacate the mansion. In fact, if Eric had come to her on his own saying that he felt Shauna should go out of respect to Ridge Forrester’s (Thorsten Kaye) marriage to Brooke Forrester (Katherine Kelly Lang), then Quinn wouldn’t have liked it, but she probably would have accepted it.

The Bold and the Beautiful Spoilers: Brooke’s Not Looking Back In Anger – Ridge Lost His Chance

However, what Quinn can’t accept is for Brooke to come into her home and demand that her husband do this or that. Plus, Brooke wasn’t just saying that Shauna had to go…she demanded that Quinn had to go as well, and that really rattled Quinn’s cage.

Well, on Wednesday’s episode of B&B, Quinn will tell both Eric and Ridge that she’s not going to back down to anyone, and especially not to Brooke. Exactly how that conversation comes about remains to be seen, but it looks like Quinn will not mince words when she tells the Forrester men that she’s just not going to take any of this lying down.

Meanwhile, on Wednesday’s new episode of B&B, Sally Spectra (Courtney Hope) will take some time to evaluate where things stand. As B&B viewers know, she’s been dealing with serious issues in her life. First off, Wyatt Spencer (Darin Brooks) has broken off their engagement and their relationship so that he can try to make things work again with Flo Fulton (Katrina Bowden). Sally was absolutely devastated to hear that Wyatt was still in love with Flo, and that she was getting dumped.

In addition, Sally’s been taking heat at Forrester Creations over her designs, which both Steffy Forrester (Jacqueline MacInnes Wood) and Ridge have expressed concern about. They’re so upset with the quality of her work that they are seriously considering firing her altogether. It’s a terrible situation and Sally just doesn’t need this on top of her problems with Wyatt.

Sally Spectra Puts Herself First & Heads To The Doctor

And there’s more going on with Sally. To make matters even worse, Sally has been having health problems. As B&B viewers know, Sally nearly fainted when she confronted Flo the other day, and she’s been shaking uncontrollably. On Wednesday’s episode of B&B, she’ll head to the doctor in an effort to put herself first,

Of course, it won’t be easy, but she’ll go in for a checkup, determined to get to the bottom of her disconcerting physical symptoms. Fortunately, ongoing B&B spoilers say that Sally will get some support from Katie Logan (Heather Tom) soon enough, so she won’t have to go through this journey alone. Of course, Katie is no stranger to having terrible medical woes, so she’ll probably be a good source of support.