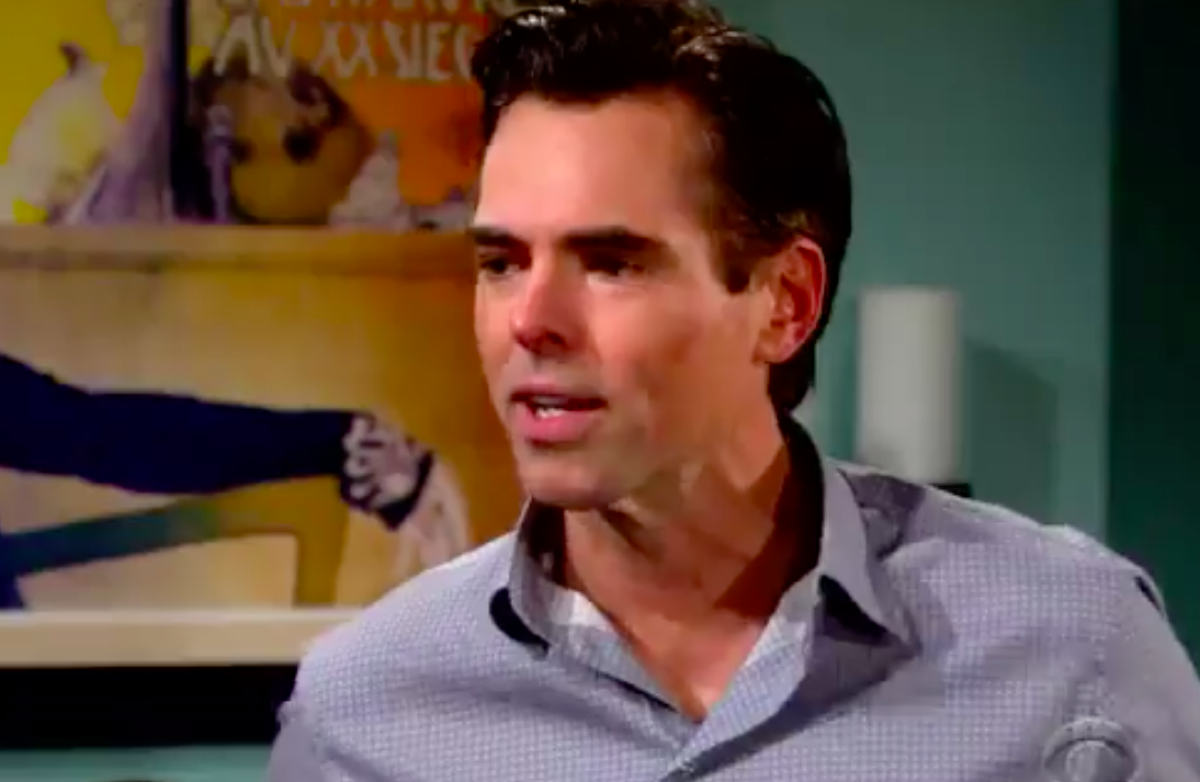 The Young and the Restless (Y&R) spoilers for Wednesday, January 29, tease that Adam Newman (Mark Grossman) and Chelsea Lawson (Melissa Claire Egan) will prepare for a night out, but Chelsea will worry about possibly bumping into Nick Newman (Joshua Morrow) while they’re out. Adam will remind Chelsea that Nick is the one who broke things off between them.

Next on Y&R, Sharon Newman (Sharon Newman) will be upset by something that she sees on the internet. She’ll text Rey Rosales (Jordi Vilasuso) saying that she needs to get out of the house for a while. She’ll head to the Grand Phoenix for a drink, then encounter Phyllis Summers (Michelle Stafford) at the bar.

‘The Young and the Restless’ Spoilers: Nick and Victoria Hit Rock Bottom – What’s Next For The Newmans?

Phyllis will be Phyllis and try to get under Sharon’s skin, but Sharon will be kind, even wishing Phyllis a nice time on her date with Chance Chancellor (Donny Boaz). Phyllis will clearly wonder what’s going on and will even ask Sharon who she is during their banter. Sharon will say that she just wants to focus on the positive.

Meanwhile, Billy Abbott (Jason Thompson) will observe a poker game going on at the little bar outside of Genoa City. He’ll note an empty table where he and Amanda Sinclair (Mishael Morgan) Used to sit. He’ll then text Amanda wondering if she’s coming to the bar, but she’ll decline.

Young And The Restless Spoilers: Victoria Newman Unloads Her Problems On Nikki Newman

Next on Y&R, at the Newman ranch, Victoria Newman (Amelia Heinle) will discuss her marital woes with Nikki Newman (Melody Thomas Scott), spilling all the details about how Billy has been talking with Amanda as “friends.” They’ll rehash how Billy wants Victoria to give him the benefit of the doubt, like she gives Victor Newman (Eric Braeden).

After Victoria goes, Nikki and Victor will talk, and Victor will get updates from Nikki about what’s going on with Billy and Victoria. He’ll have some choice words about Billy, and he’ll think that Victoria deserves better. Later, a private investigator will talk with Victor and provide him with photos of Billy and Amanda together. He’ll say that he knows something else about Amanda as well.

At their home, Victoria will find Billy unsettled and they’ll talk about where he’s been – she’ll surmise that he was at the bar looking for Amanda. They’ll argue over familiar territory, including whether Billy needs to be in therapy. Billy will not appreciate the judgment, and he’ll say that he’s tired of being told he needs to be fixed.

They’ll rehash their issues, with Victoria saying that he’s clearly on the verge of relapse, which Billy will deny, prompting Victoria to say that he doesn’t want her help. Billy will say that they just keep finding themselves in the same position, and he’ll pack a bag and leave.

Next on Y&R, Chelsea and Adam will be at Society enjoying their evening. Adam will suggest that they make Paris their second home. Chelsea will like the sound of that, then Nick will arrive. Chelsea will speak privately with Nick, who will mention that Chelsea’s going back to the dark side. Nick will grump about Adam breaking her heart again. Adam will then appear, and Chelsea will step away, and Nick will opine that they’d be happier away from Genoa City.

Back at the penthouse, Adam and Chelsea will discuss her talk with Nick at Society. They’ll discuss leaving Genoa City, and Adam will say that he’s happy to move them to Paris as soon as Valentine’s Day. Chelsea will decide to make a list of pros and cons about moving. Later, Adam will call Chance and relay that his guy finally heard from “her” but that she’s now asking questions. Chelsea will overhear all of this.

‘The Young and the Restless’ Spoilers: Summer Fights For Love – Kola Drama Plays Out https://t.co/uSstCMBQSQ pic.twitter.com/KeSVhVMgC2

Y&R Spoilers: Sharon Newman Gets Some Comfort From Rey Rosales

Back at the Grand Phoenix, Nick will arrive, and Phyllis will question him about what’s going on with Sharon, who will have stepped away for a moment. Sharon will reappear and Nick will take her home. Phyllis will wonder what is going on there.

Finally, on Wednesday’s new episode of Y&R, Sharon will tell Rey that she got overwhelmed by some images that she saw on the internet, and that it was good to get out of the house and around people who are unaware of what she’s going through. Rey will hold her.