Days of Our Lives Spoilers: Will Shawn Save Hope Before It’s Too Late? Time Running Out 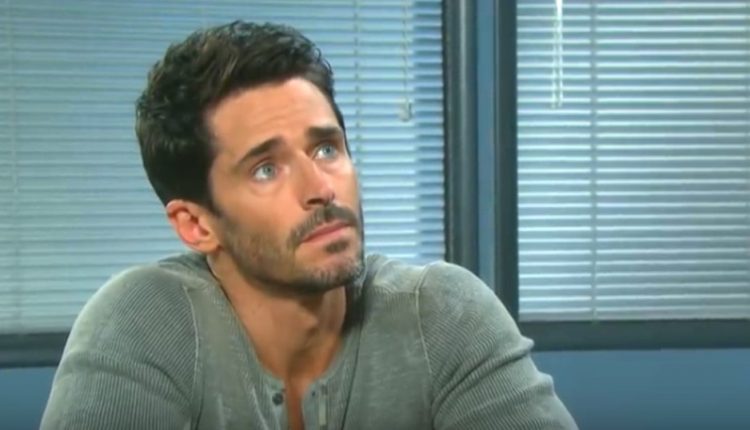 Days of our Lives spoilers reveal the juicy tidbit that a certain princess with a passion for illicit smoking could be nearing the end of her Salem reign.

It looks like fans of Hope (Kristian Alfonso) could, at last, be getting their Fancy Face back. Then again, could Shawn’s (Brandon Beemer) presence in Salem foretell not just the end of Princess Gina but also that of his beloved mom?

Shawn aka Shawn Douglas (just don’t call him junior!) returns to Salem and discovers that things aren’t as they appear to be where Hope is concerned. He will give this some thought and come up with a startling conclusion!

First off, it’s heartening to have a legacy character back on the canvas. For the longest time, Hope has had Ciara (Victoria Konefal) to fall back on, but no doubt would love to have her son in town as well. Then again, what kind of daughter is Ciara that she can’t see that her mom has been taken over by a chimera? Ok, Ciara has been consumed by her dilemma with Ben (Robert Scott Wilson), but still!

Thankfully, one of Hope’s kids looks set to crack the horrible shell beneath which she’s been held, prisoner.

DOOL Spoilers – Can Shawn Douglas Brady and Rafe Hernandez team up in time to save Hope?

Once Shawn arrives, Gina is shaken to her core. Her odd behavior doesn’t get past Shawn, who after all has known her longer than Ciara and Rafe (Galen Gering), her ex-husband who also hasn’t a clue about the possession of Hope.

Explosive show spoilers reveal that Rafe and Shawn will join forces to bring this charade to an end once and for all. But there is no indication that they will succeed!

Days of Our Lives Spoilers: Brady and Kristen Share a Smooch – Visiting Baby Bristen Grave Brings Them Back Together? #days #DOOL #DaysOfOurLives https://t.co/oG3pBNu0aM

Days of our Lives spoilers – Is it too late for Fancy Face?

Get set fans, the action is about to become hot and heavy when Gina/Hope disappears and seems to be one step ahead of the men in her life.

According to juicy spoilers, Gina will set into motion a series of dangerous events that she may not be able to come back from.

In what should come as no surprise, when Gina starts to feel the heat, she goes after her favorite couple, Jarlena.

Look for Marlena to be in imminent danger when Gina does her best to trap an unsuspecting Doc. But wait, there’s more! Gina will also endanger John’s life by drugging the poor man.

Complicating matters, that infamous mad man, Dr. Rolf (William Utay) suddenly returns to town after being banished by Patchano (Stephen Nichols). Will his sinister presence spell doom for Hope? Be sure to tune in and find out!