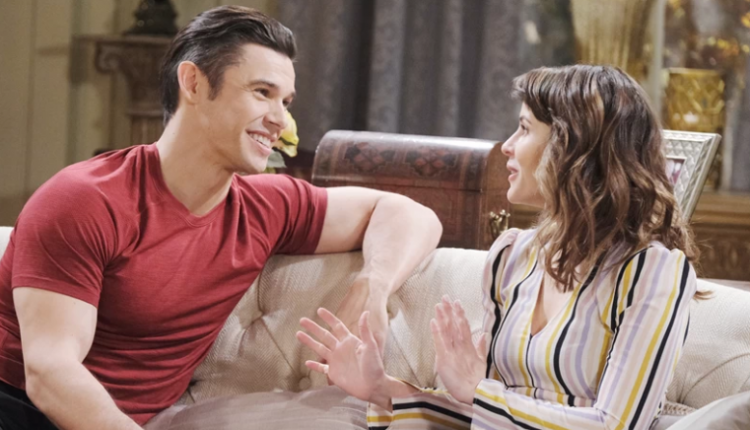 Days of Our Lives spoilers reveal Xander Cook (Paul Telfer) and Sarah Horton (Linsey Godfrey) will have a romantic evening together. It seems that she is finally coming around and admitting her true feelings for the villain. However, “Xarah” isn’t in the clear yet. They will face more obstacles in the near future.

The Days of Our Lives Spoilers – Xander Cook Smitten

DOOL spoilers confirm that Xander has been smitten with Sarah for a long time. Ever since he first encountered her, he has wanted to make Sarah his own. However, she continued to rebuff his advances, even after their one-night stand.

Despite being rejected over and over, Xander never stopped trying to help and protect Sarah.

For over a year, Sarah denied her real feelings for Xander. Fans knew it would only be a matter of time before she had to admit to being in love with the villain. Her own mother, Maggie Horton Kiriakis (Suzanne Rogers) helped with that during a recent conversation. In the next two weeks, expect Sarah to finally tell Xander that she loves him.

Da of Our OLives Spoilers – A Romantic Evening

Days of Our Lives spoilers indicate that Xander and Sarah will enjoy a romantic evening together. This is everything that the villain has ever hoped for. However, what about Mackenzie “Mickey” Horton (the May twins) and her upcoming bone marrow transplant? What about the baby swap, which fans just discovered? There is no way Sarah would recover that quickly from the news so Victor Kiriakis (John Aniston) must cover up the baby swap secret somehow.

Days Of Our Lives Spoilers: Will Agrees to Help Clyde and Ben Escape Prison – But Why? https://t.co/m8F0CGdkJ2 pic.twitter.com/RYuKAXwfLh

It is suggested that while Xander and Sarah do end up having a nice evening together, things won’t stay rosy between the two. Eventually, the truth about the baby swap is going to come out. What makes this even worse is that Sarah will learn about Xander’s involvement.

Could she ever forgive him for such a despicable act, even though his intentions were to protect her from pain? Fans will have to keep watching the NBC soap opera to find out what happens with “Xarah.”