The Bold and the Beautiful Spoilers: Hope Refuses To Take Responsibility – Liam Beyond Frustrated 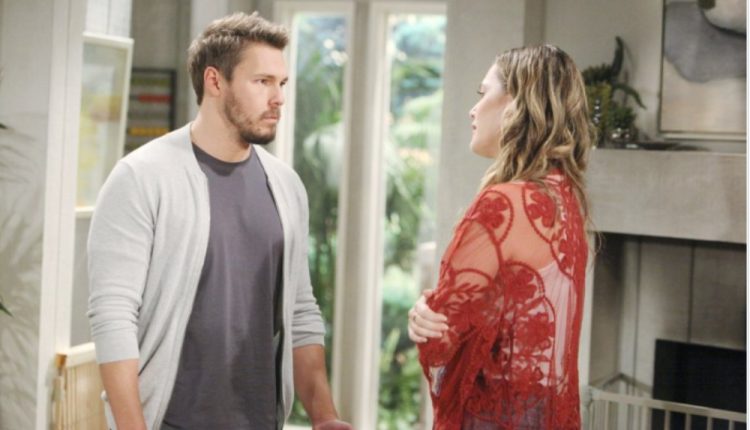 A functional relationship between this pairing wouldn’t have required Steffy Forrester (Jacqueline MacInnes Wood) to literally tell Liam to leave Steam and reform Lope. But that’s what happened in 2018.

Now, after much drama last year, current developments saw Hope reject Liam’s considered remarriage proposal, which was followed by a misinterpreted kiss that he responded to from Steffy at the cliff house.

The Bold And The Beautiful Spoilers – Pattern Keeps Repeating

Stand in Liam’s sandals for a moment. He remains rightly troubled that Thomas Forrester (Matthew Atkinson), a proven manipulator, has regular access to Hope. So, what should Liam have done, request remarriage based on the status quo?

Liam has mentioned Hope’s stubborn nature in the past. This time she’s determined to believe that Thomas can be managed despite the fact that he’s endured no real consequences for his past actions and has no demonstrated record of change.

So, choosing to tie herself to Thomas, even after all that’s happened, was too much for Liam to accept. He asks Hope to cut ties with Atkinson’s diabolical character and she doesn’t go along with it.

Thomas remains engaged in an enduring ground game, where he expects Liam to implode. Atkinson’s character has shifted his focus from pressuring Hope to undermining Liam and it’s working.

Hope claims that she sees Thomas for who he is, but needlessly chose to hire him as her lead fashion designer. That business decision did not have to be made and had nothing to do with her choice to become Douglas Forrester’s (Henry Joseph Samiri) legal parent.

Any possibility of creating hard boundaries was lost when Hope relented to Thomas’ pitch. Liam was naturally perplexed and fearful that Hope was once again allowing herself to be used.

The Bold and the Beautiful Spoilers: Thursday, January 30 – Sally Seeks Medical Advice For Her Symptoms – Quinn Refuses To Back Down To Brooke #bb #boldandbeautifulhttps://t.co/khCGlZ18sq

The Bold And The Beautiful Spoilers – Lope Might Not See Tomorrow

Hope believes that Liam’s love for Steffy eclipses his love for her. B&B fans can naturally debate this point, but it’s fair to wonder if Liam’s true feelings are actually split in half?

Lope experienced many genuine moments in the past. The connection that created Beth Spencer (Madeline Valdez and River Davidson) combined with everything the couple endured through the period when she was presumed gone will never be fully broken.

So maybe Thomas is right about one plot point. He continues to tell Steffy that Liam is the man for her, meaning that Lope should be over. Whether that’s convenient thinking or insight, is based purely on the subjective take of every B&B fan.