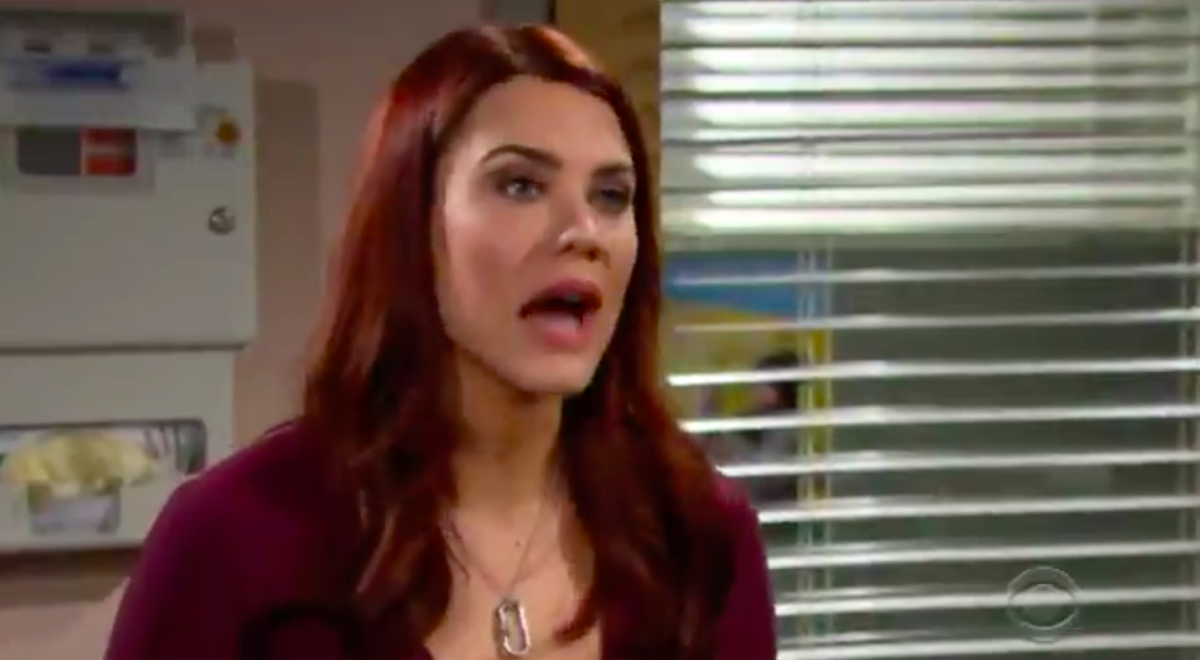 B&B Spoilers: Sally Spectra Decides To Take Some Time For Herself

First off, Sally Spectra (Courtney Hope) will decide that it’s high time to put herself first. She’s been really struggling lately with some horrible things in her life. As B&B viewers know, Wyatt Spencer (Darin Brooks) recently broke up with her, ending their engagement. He wants to make things work with his first love, Flo Fulton (Katrina Bowden), and Sally is devastated.

But that’s not all. Sally is also potentially on the chopping block at Forrester Creations, since her designs haven’t been of high enough quality for Steffy Forrester (Jacqueline MacInnes Wood) and Ridge Forrester (Thorsten Kaye). Of course, B&B viewers know that Sally has been dealing with health problems that have affected her concentration and her designs.

Bold And The Beautiful Spoilers: Sally Spectra Has Been Experiencing Shaking & Lightheadedness

Well, as B&B viewers know, Sally has been dealing with terrible physical symptoms of what will likely be a very serious underlying disease. She almost fainted when she was at Flo’s apartment a while back, and her hands have been shaking and trembling uncontrollably. But Sally will finally head to the doctor, vowing that she needs to take care of herself and not put off finding out what’s wrong with her any longer.

Of course, the sad part about all of this is that Sally won’t have Wyatt’s support throughout all of this, as Sally will decide to fight this battle on her own. But fortunately, ongoing B&B spoilers say that she’ll get some moral support from Katie Logan (Heather Tom) along the way. Exactly how Katie gets involved in Sally’s medical journey remains to be seen, but it looks like she’ll quickly become a source of emotional support for Sally.

Meanwhile, on the next episode of the Bold and the Beautiful, Quinn Forrester (Rena Sofer) will absolutely fume. As B&B viewers know, she recently had to bid Shauna Fulton (Denise Richards) farewell from the Forrester mansion, after Eric Forrester (John McCook) insisted that she had to leave. Eric felt that Shauna living in the same house as Ridge Forrester (Thorsten Kaye) sent the wrong message.

The Bold and the Beautiful Spoilers: Here’s Why Hope Is Giving Thomas A Chance – Is She Blinded By The Lights? https://t.co/wTv91pre59 pic.twitter.com/Bm7NMU2Zvl

Well, Quinn wasn’t at all happy about this turn of events, and she didn’t want to see Shauna go. But on a deeper level, Quinn doesn’t want Brooke Forrester (Katherine Kelly Lang) calling the shots in her home. Quinn is livid that Brooke told Eric to kick Shauna out and that Eric complied. Quinn is now wondering what’s coming next – after all, now that Brooke has gotten her way on one issue, who knows what she’ll ask for next.

Bold And The Beautiful Spoilers: Quinn Forrester Insists That She Won’t Back Down To Brooke Forrester

The Bold and the Beautiful spoilers say that Quinn will let it be known in no uncertain terms that she’s not going to back down to anyone, and especially not to Brooke – and she’ll make this big announcement to both Eric and Ridge. We’ll see how that conversation comes about, but Quinn’s determined that she’s not going to be bossed around in her own home by the likes of Brooke.