The Young and The Restless Poll: Should Lola Hook Up With Theo? 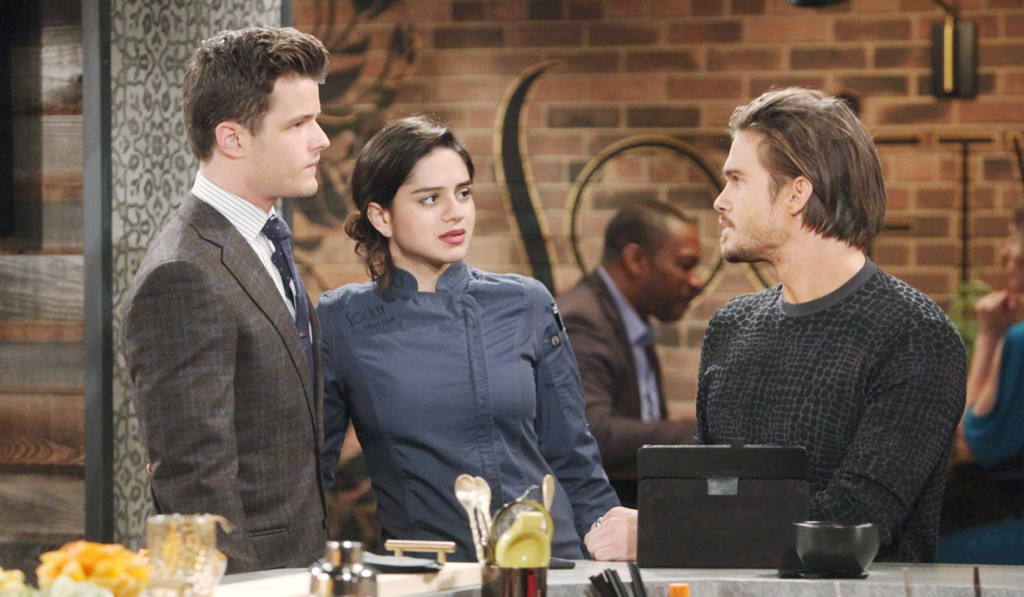 The Young and the Restless spoilers are running hot and heavy with major indications that Leo could be set to replace Kola. Are you ready for such an oddball pairing?

If you think there is a change in the romance department about to take place between two feuding cousins and a pair of beautiful workaholics, are you yay or nay on the subject and do you think the new pairings have legs?

One of the two main instigator’s in the potential couple shakeup is tempestuous Summer (Hunter King) who never met a married man she didn’t like.

Ok, in this particular case, Kyle (Michael Mealor) was hers before he was Lola’s (Sasha Calle)—but it’s not like she has a property deed!

The main indicator that she’s about to get him back is that wallop of a kiss she planted on him on an out-of-town business meeting.

She just never quits, and now that she’s free from Theo (Tyler Johnson) she assumes Kyle should be free from Sasha.

Around the same time, Leo are yucking it up together as well although Lola is only offering food on a platter, not herself. She feels free enough to talk about her hubby and his ex being alone together and possibly tempted. She trusts Kyle, but does she trust the woman who’s carrying part of her liver?

Poor Sasha is something of an innocent newbie to the romance department which leads her to take responsibility for the fight she and Kyle had before the trip.

The Young and the Restless spoilers – Is Theo as genuine as a diamond or as fake as cubic zirconia?

Just when we think all is well between these four, Theo throws one of his trademark zingers into the mix and makes us question his sincerity—is he as much of a shark as Summer? If so, Kyle and Lola are about to be hit by a very sophisticated tag team and there’s nothing Mariah (Camryn Grimes) can do about it.

Sensing a soft spot, Theo definitely plays on Lola’s vulnerability when he tells her between bites that he thinks Kyle is entitled and that he always felt a little out of place in his world.

Kyle is doing his best to show his entitlement where Theo’s presence is concerned, something that is coming between Kola, that much is true. But, is Theo being genuine or manipulative about being a visitor in Kyle’s stratosphere?

Lola would feel that way, certainly. If he’s playing on her insecurities in this arena, he’s setting himself up as a perfect, down-to-earth alternative to snooty Kyle.