‘The Young and the Restless’ Spoilers: Adam Back To Old Tricks – New Trouble After Family Crisis 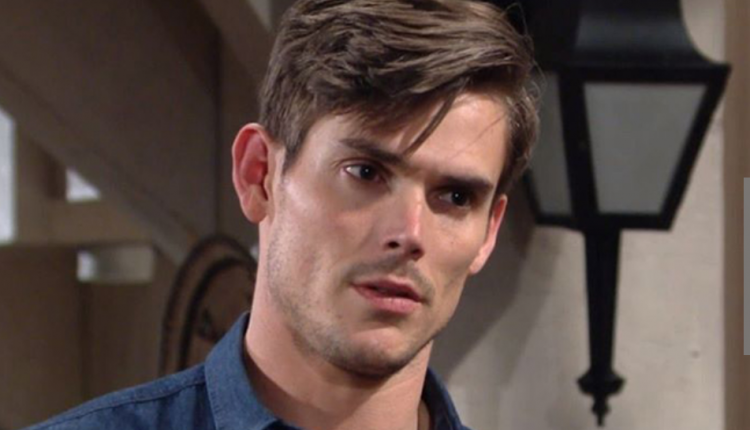 The Young and the Restless spoilers document that Adam Newman (Mark Grossman) is reverting to his old self, as his brother experienced at Society. The apparent end of Connor Newman’s (Judah Mackey) mental health crisis serves as a perceived reentry point for family battles to renew.

Chirping at Nick Newman (Joshua Morrow) was par for the course a handful of months ago. But Adam backed off that battle and also has left his father alone.

The Young And The Restless Spoilers – Dark Horse Isn’t Empty

The rival company that Nick started was taken by Adam last year, as hardcore Y&R fans recall. Grossman’s character bested his brother by taking control of the debt Nick assumed.

Phyllis Summers (Michelle Stafford) was working for Adam at the time. That odd situation was coerced into being by whatever Adam thought she knew about his tie to Chance Chancellor (Donny Boaz) in Las Vegas, Nevada.

Stafford’s character bought numerous Newman Enterprises properties that Nick had underhandedly extricated from his father as part of his dark alter ego’s attempted payback scheme. She was seeking redemption at the time, delivering the real estate to Vickie Newman (Amelia Heinle) through their orchestrated arrangement.

Phyllis made amends with Nick as a result and made sure to turn a slight profit for Dark Horse so Adam couldn’t complain. Part of the maneuvering also saw Phyllis create her Grand Phoenix project. But all of the above seemed to leave Dark Horse empty of any assets excepts its existence on paper, which is all Adam needs to revive the company now.

It was somewhat surprising to hear Adam tell Victor Newman (Eric Braeden) that he was considering reviving Dark Horse. Fans assumed that peace would persist for a while after the terrible ordeal both men endured, following the double-dosing ploy Adam employed against Victor.

Adam’s recent request to his dad, to have the entire Chadam family included at Newman events, was sincere. Yet, that element of Adam’s personality reared its ugly head again, seeking trouble where none needs to live.

Chelsea Lawson (Melissa Claire Egan) isn’t interested in Adam reverting to his old ways. Egan’s character told her again significant other that she rediscovered the man she originally fell in love with when Connor was enduring the anguish that was provoked by all the drama of the past six-months.

Adam seems to believe that Connor being healthy and Chelsea being by his side gives him a license to revisit reckless pursuits. It doesn’t and if he’s not careful Chadam could evaporate again in an instant.