The Young and the Restless Spoilers: Kyle Is Worried About His Future – Jack Offers Advice 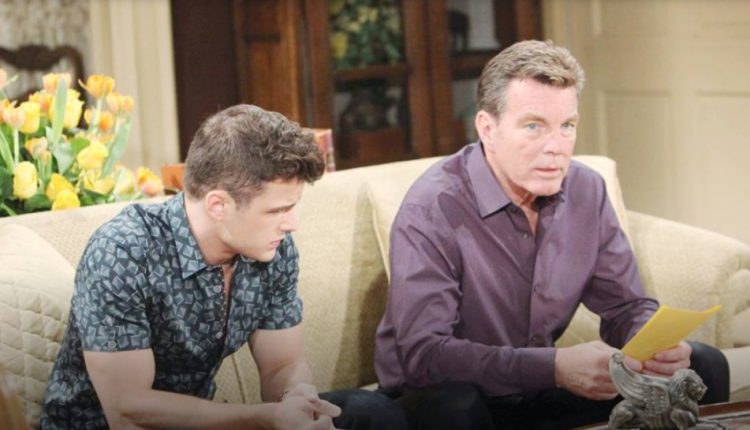 Jack Abbott (Peter Bergman) possesses the unique ability to council Kyle Abbott (Michael Mealor) on ‘The Young and the Restless’. Not only is he the young man’s father, but Jack is also a marriage veteran. That’s why Kyle should continue to seek his dad’s advice and implement his council.

‘Kola’ entered a period of increasing strife in this still new year. Kyle doesn’t want to be at odds with his wife. Lola Abbott (Sasha Calle) is as committed to him as he is to her. But there are two other people whose feelings must be considered within this rectangular portion of Y&R’s plot.

Summer Newman (Hunter King) and Theo Vanderway (Tyler Johnson) are linked to ‘Kola’, with both halves of this former rebound couple each pinning for Kyle and Lola. While Summer has reached an accord with Lola, after donating half of her liver, Theo fully detests his newfound cousin, Kyle.

Cutting down to the bone, Summer and Theo are jealous of what Kyle and Lola have. Mealor and Calle’s characters have achieved what many in Genoa City, Wisconsin, hope to, as Jack realized during his glory days. But true love is just one element of an enduring relationship, as ‘Kola’ is learning.

Summer had been restraining herself. She loves Kyle and wants to be with him, but knew that ‘Kola’ is real and must be respected. Then, the Jabot trip to San Francisco, California, happened.

Kyle’s frightened for many reasons. He knows that Lola loves him and would be upset when learning about the kiss. But Kyle also understands that Theo stands ready to exploit any period of vulnerability.

Theo hit on Lola until he created a point of perceived commonality. The pure subjective interpretation placed both people on the same level beneath the Abbott’s and Newman’s.

Lola’s buy-in to Theo’s angle is dangerous. Hardcore fans recall that Kyle previously confronted his then fiance’s discomfort. She wasn’t sure that his world is one that could be lived in. But love, the great uplifter, neutralized misgivings and helped ‘Kola’ to grow.

Kyle needs to come clean to Lola, rather than bury what happened in San Francisco. While it might seem counter-intuitive, it would be best to volunteer that controversial news. Doing otherwise will allow Theo to undermine him using what would be a strong weapon.

Sadly for Kyle, he didn’t know that Theo overheard the conversation with Summer, where the former ‘Skyle’ agreed to keep their kiss secret. That veil isn’t needed, as Kyle did nothing wrong, telling Summer at the time that ‘Kola’ was his world.

Lola’s first serious relationship is naturally one where she is learning how to be married. This is also Kyle’s first mature relationship as well. Here’s hoping that Y&R’s endearing couple is given far more than a handful of months to be married and that their family expands, rather than ends, in 2020.