The Young and the Restless Spoilers: Now That Billy’s Single, Will He and Amanda Give In To Temptation? 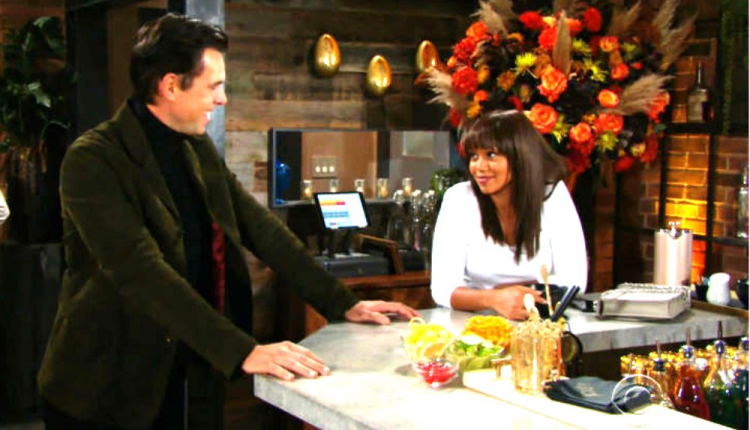 The Young and the Restless spoilers indicate that Billy Abbott (Jason Thompson) and Amanda Sinclair (Mishel Morgan) will take their relationship to the next level.

For the past several months, Y&R viewers have watched as Billy confided his deepest secrets to Amanda. Fans were surprised at how quickly the two became friends, and many wondered if they were headed towards an affair.

Both Amanda and Billy have stated they’re just friends, and have no interest in taking their relationship further.

However, things can change on soap operas.

Billy’s marriage to Victoria Newman (Amelia Heinle) has reached its breaking point. After he confessed he stopped going to therapy and has been hanging out with Amanda, Victoria was furious. She noticed Billy wasn’t acting himself lately, and she’s hurt that he’d keep this a secret from her. She’s also upset that Billy poured his heart out to a complete stranger and not his own wife.

Victoria is at her wit’s end with Billy. She’s already given him an ultimatum, he either has to get help or their marriage is over.

Y&R Spoilers – Not being himself

Billy claims he can’t be himself when he’s around Victoria. He has to pretend to be somebody he’s not when he’s with her. Since Victoria won’t accept him for who he is, he has no choice but to move on.

With Billy single, does this mean he and Amanda will finally give in to temptation?

There’s no denying that Billy and Amanda have chemistry. Whether you like them or hate them, you feel that connection in their scenes.

Both of them have stated they just want to remain, friends, however, Amanda and Billy’s behavior shows that isn’t the case.

Amanda feels drawn to Billy and vice versa. She knows it’s wrong getting involved with a married man, and she’s tried to convince Billy to save his marriage to Victoria.

But with Billy and Victoria’s marriage now over, Amanda may be rethinking her feelings towards Billy. Now that he’s a single man, he’s free to be himself and do whatever he wants. Billy wants to continue seeing Amanda, and it’s possible the two decide to give in to their urges and take their relationship to the next level.