Days of Our Lives Rumor: New Theory In Adrienne’s Death – Were There Four Cars Involved? 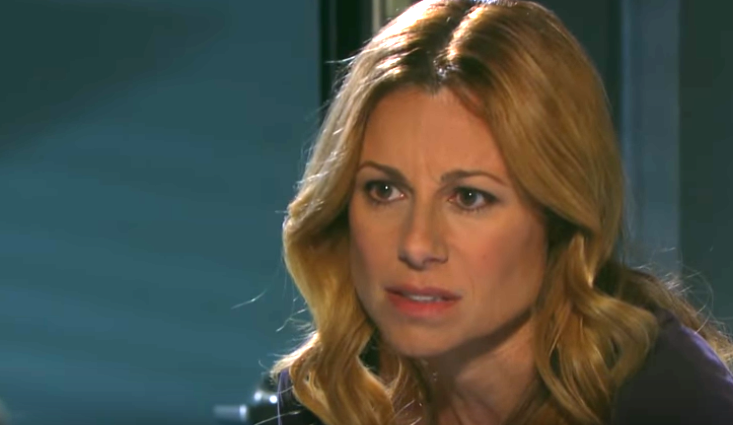 Days of Our Lives spoilers tease that Summer Townsend (Marie Wilson) could have been the true culprit in the wreck that killed Adrienne Kiriakis, (Judi Evans) got Will Horton (Chandler Massey) framed, and her mother Maggie Kiriakis (Suzanne Rogers) passed out drunk at the side of the road where the deadly wreck occurred a last-year flashback episode recently on Days of Our Lives!

As Days of Our Lives viewers will recall from the flashback DAYS episode that ran on Tuesday, January 21, that fateful Mother’s Day Maggie Kiriakis (Suzanne Rogers) was unable to take Sarah Horton (Linsey Godfrey) to Salem University Hospital as planned, Sarah had gone into labor, because of a surprise visit by Summer. Adrienne then jumped in to help and was the first on the road.

After Summer’s argument with Maggie and blaming her for her “genetic alcoholism” that ruined her liver, Summer left, and Maggie tried to call Brady Black (Eric Martsolf) for support, as Summer had tried to get her to have a final cocktail with her, but Maggie refused and Summer left mad.

She had some booze with her and when she couldn’t reach Brady, who was at the hospital with Kristen DiMera (Stacy Haiduk) who had gone into labor with their baby, Rachel Isabella Black, Maggie drank the drink that Summer had poured her. Near the same time, Will Horton finished up the article at the Salem Spectator that he offered to do for Adrienne so she could enjoy the rest of her Mother’s Day!

DOOL Spoilers – Would This Scenario Not Have Put Summer Townsend, Adrienne Kiriakis, And Will Horton On The Road Ahead of Maggie Kiriakis?

While it is not absolutely certain how Summer arrived at the Kiriakis mansion and how she left, it can be assumed she drove. She left right after the argument with Maggie and there was nothing shown or scripted to lead viewers to believe that she came and left by cab (unless she had the cab with the meter ticking outside that whole time) and rideshare operators such as UBER or LYFT don’t operate in that manner.

Most cab drivers don’t either. Normally one calls their cab and has to call another when one is done at their destination and wait for it to arrive. It would have taken some time for Maggie to drink enough to be driving drunk at the time when Adrienne and Will were on the road, having both left before Summer and Maggie had the argument at the Kiriakis mansion!

Days of Our Lives Spoilers – Who swerved in the Lane

Someone swerved into the lane that Adrienne was in, and forced her into the ditch, while Will had been driving behind Maggie – or whoever was driving the car that swerved – and Will only found Adrienne’s car, not Maggie’s – however, Xander Kiriakis, (Paul Telfer) on the way to Salem University Hospital after Sarah called to tell him that she was in labor and on the way as the crash happened – Xander panicking when he heard the crash through her phone – found Maggie’s car and Maggie passed out in it, but before he came to the crash scene.

Maggie may have indeed been driving drunk, but she left the mansion after Will and Adrienne were already on the road, so there must have been a fourth car; and since Summer left before Maggie did, she may have been the real culprit who caused the fatal wreck that killed Adrienne!