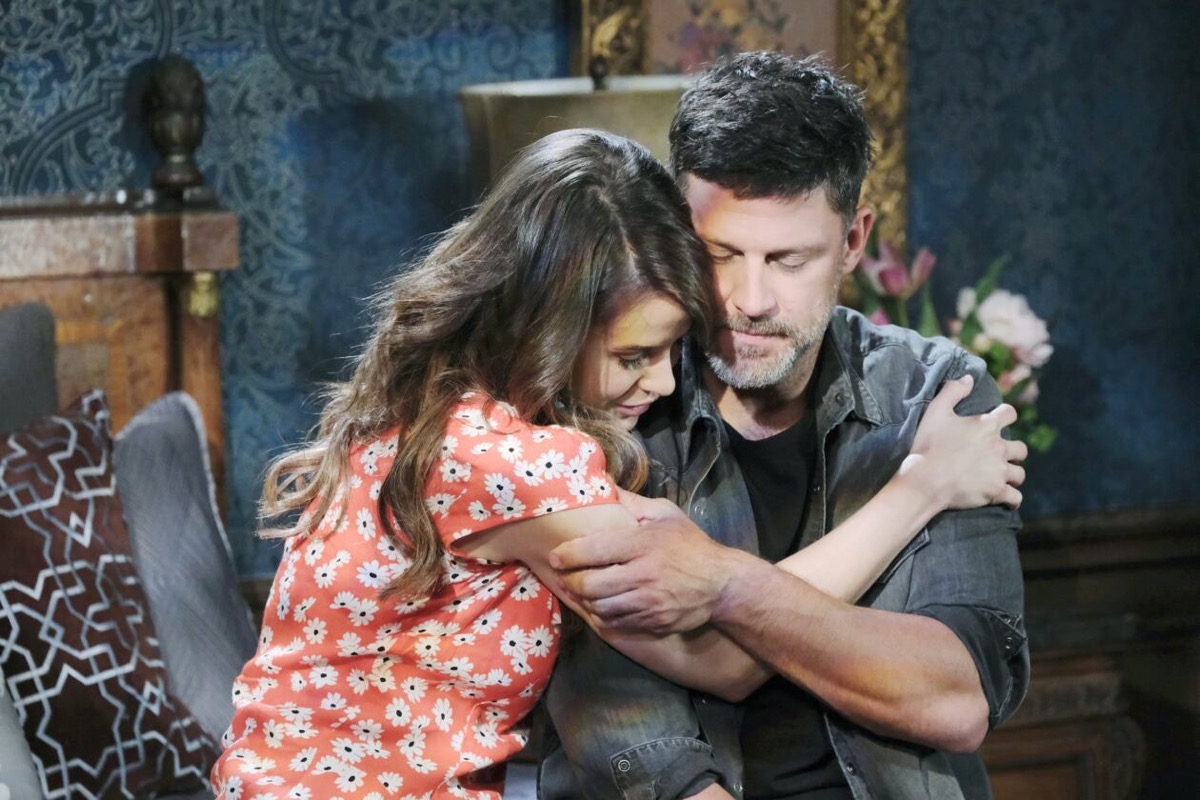 Days of Our Lives (DOOL) spoilers for Friday, January 31, tease that some surprises are in store. For starters, Chad DiMera (Billy Flynn) and Abigail DiMera (Kate Mansi) will discover a bombshell. It looks like they’ll stumble across the portrait of “Steve Johnson” aka Stefano DiMera (Stephen Nichols), so that could wind up complicating Stefano’s plans.

While Chad wonders why “Steve” has a portrait that copies his father’s, Stefano will put the rest of his plot in motion. He’ll manage to refrain from killing John Black (Drake Hogestyn), but only because Princess Gina Von Amberg aka “Hope Brady” (Kristian Alfonso) would throw a fit. Stefano has to hold up his end of the bargain and make sure Princess Gina delivers on her end, too.

Days spoilers say “Hope” will eventually make it to the hideout, where she’ll free John from the restraints he’ll be in. “Hope” will tell John that Stefano killed Marlena Evans (Deidre Hall), but that’ll obviously be a lie. “Steve” will sell a similar story to Marlena after he unties her and insists Stefano killed John. This is a big mess that’s only going to get messier!

Other Days of Our Lives spoilers say Xander Kiriakis (Paul Telfer) will be on a mission. He’ll be rather forceful about an urgent request, so he’ll leave Brady Black (Eric Martsolf) wondering what’s up. DOOL fans know Mackenzie “Mickey” Horton needs a bone marrow transplant, so Brady might be a match. He at least needs to get tested and find out, but Xander’s insistence could raise red flags.

Days Of Our Lives Spoilers: Eric Brady Will Be Down In The Dumps

Over with Eric Brady (Greg Vaughan), he’ll be down in the dumps over Mickey’s situation as well as Nicole Walker’s (Arianne Zucker) “romance” with Brady. Eric will end up kissing Sarah Horton (Linsey Godfrey) to numb his pain, but they may lock lips at the worst possible moment.

Xander will find Sarah and Eric in a compromising position by the time Monday rolls around, so Friday’s cliffhanger may set that up. Days of Our Lives spoilers say Xander’s sure to be stunned, heartbroken and livid. He won’t like the idea of Eric making moves on Sarah – and it looks like Sarah won’t be all that into it either!

Although Sarah cares about Eric, she’s moved on and has fallen in love with Xander. Sarah will confess that to Xander in the week ahead, so some great scenes are coming up. We’ll give you updates as other Days news and rumors emerge. Stick with DOOL and don’t forget to check back often for the latest Days of Our Lives spoilers, rumors, updates and news.