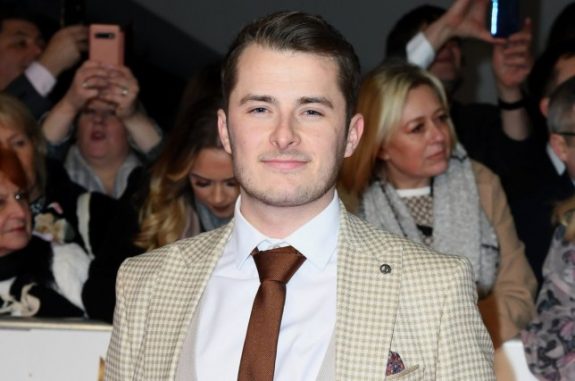 Max Bowden, 25, was not impressed by Emmerdale’s win on the National Television Awards 2020, plus there is the fact he lost out for Best Newcomer for his role on EastEnders.

The 25th National Television Awards were held on 28 January and EastEnders star Max Bowden was in the audience. However, when Emmerdale won the Best Drama award, Bowden notably refused to give the show a standing ovation. Max also lost out on the Best Newcomer award for his role as Ben Mitchell.

There were some noticeable bad feelings in the audience as the National Television Awards were announced on 28 January. This is particularly so in the case of Max Bowden, 25, who lost out on the Best Newcomer award to Peter Ash of Coronation Street. However, he also refused to stand when Emmerdale snagged the Best Drama Award later at the ceremony.

Max was spotted in the audience of the National Television Awards as the announcement was made of Emmerdale’s win, when he conspicuously remained seating as everyone else gave the show a standing ovation for its win as Best Drama. His only response to the win was to sit and clap slowly about the rival soap’s award win.

As could be seen from Twitter, many viewers were convinced Bowden had said “I’m not f***ing standing” as he clapped. One tweeted questioning whether Max actually said that, to which another fan replied, saying “Yes he did! Brilliant! He was Robbed!” Another fan tweeted
the words “Good for him.”

EastEnders Spoilers: Linda Puts Son In Danger – Should She Be Banned From Seeing Ollie Until She Goes to Rehab? https://t.co/KHsPIKVvJB pic.twitter.com/VO14TZapDN

Max Bowden loses out on Best Newcomer to Peter Ash

In response to the Best Newcomer award for Peter Ash, Natalie Cassidy, who plays Sonia Fowler, could reportedly be heard yelling “f**k off!” as Max lost out on the award. A video was shared on Twitter by the fan account Walford Web, showing Cassidy heckling Ash. She could be seen to be leaning over Jamie Borthwick, who plays Jay Brown on EastEnders, screaming out her frustration at Bowden’s loss.

Many Twitter users found it hard that Ash had won the Best Newcomer award, as he had first risen to fame in Footballer’s Wives in the role of Paul Foreman. While admittedly he is a recent addition to Emmerdale, they found it hard that he had won for his role on the rival soap. One wrote, “Newcomer?! ‘Footballers Wives’ was nearly 20 years ago!” while another posted the comment “Max Bowden was robbed.”

Keep watching Max in his role of Ben Mitchell on EastEnders on BBC One.