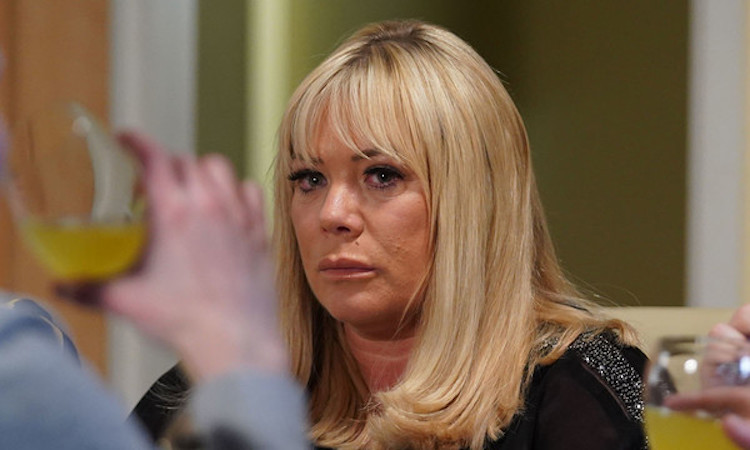 Ian has supported his life-long friend Sharon for some time, but has been hiding secret feelings from her.

In recent episodes of EastEnders it has been revealed that Ian Beale (Adam Woodyatt) has been hiding his true feelings for his heavily pregnant and long-time friend Sharon Mitchell (Letitia Dean). Now Sharon has split from her husband Phil Mitchell (Steve McFadden), he has been getting his hopes up about a possible romantic relationship with her, but it looks like his feelings will go unrequited.

Heartbreak for Ian on EastEnders next week

With her split from her husband, Sharon has been focusing all her efforts on her son Dennis (Bleu Landau), trying to make amends by buying him football tickets. Dennis was touched by the gesture, making Sharon feel more positive about her future.

However, it is while Sharon is reminiscing about her past with her friend Ian that makes him realise she doesn’t reciprocate the strong feelings he has for her. Fans will soon wonder how he will deal with this fact. It turns out Sharon herself will be facing problems again later this week, after Dennis turns against her again. While Sharon had believed she and Dennis were making some progress in their relationship, she is shocked by her son’s attitude towards her.

After Sharon’s affair with Keanu became public news, Dennis chose to stay with Phil and wanted nothing to do with his mother. While she tried her best to make up with him, Phil is now leaving for Portugal and at first Sharon believed Dennis had left with him. However, this week spoilers say Dennis has stayed and was trying to make amends with his mum but this doesn’t work.

Despite the fact Sharon is thrilled to see Dennis, she will be shocked by the harsh words he flings at her, telling her there is no way he is moving back home. Sharon has an argument with Kathy Beale (Gillian Taylforth) and Bobby Beale (Clay Milner Russell), which leads to Bobby taking out his temper on Dennis, when he refuses to take Bobby’s advice.

Watch these and other exciting scenes on EastEnders on Thursday, February 6 on BBC One.