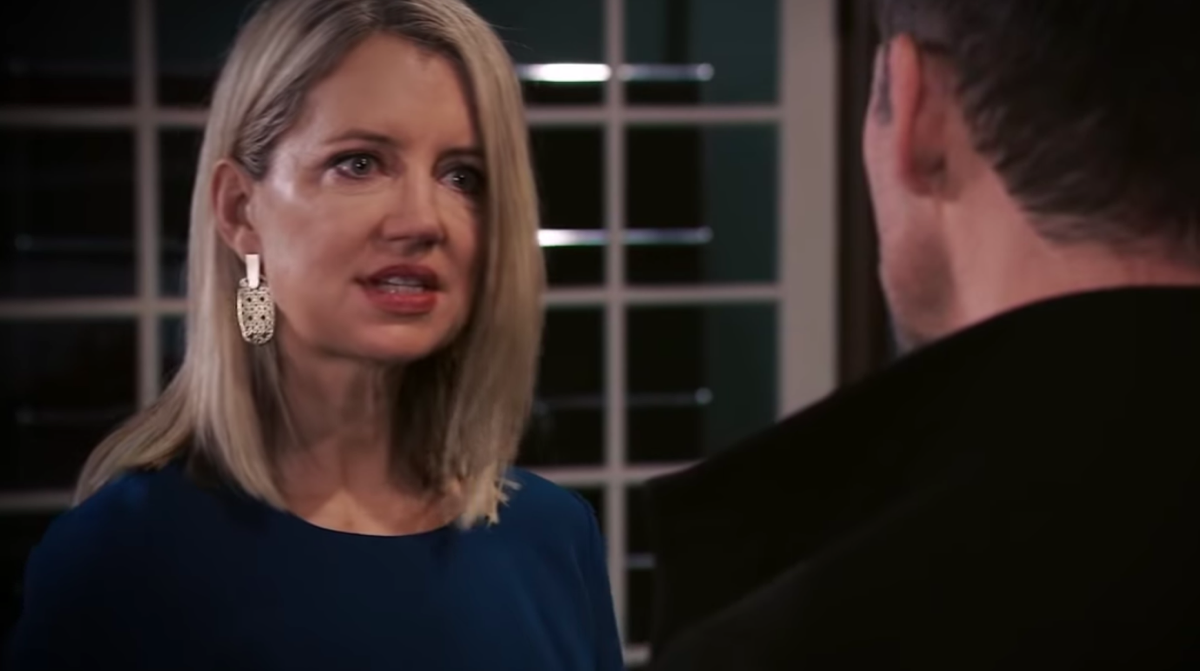 General Hospital (GH) spoilers for Friday, January 31, tease that some bombshells are brewing. Before we get to those, we should point out that impeachment trial coverage is affecting the show’s schedule. If GH hasn’t been airing in your area, you can always visit ABC.com and watch any episodes you miss.

General Hospital News: Kin Shriner Shares How He Keeps His Fellow Co-Stars On Their Toes

Nina will think her takedown plot should tell Valentin all he needs to know. She helped Nikolas Cassadine (Marcus Coloma) and Ava Jerome (Maura West), so she won’t see why Valentin is still fighting for love.

At GH, Elizabeth Baldwin (Rebecca Herbst) will face a shocker. Jasper “Jax” Jacks (Ingo Rademacher) will let Liz know that Valentin isn’t the one who forced Hayden Barnes (Rebecca Budig) into hiding. After Liz learns it was actually Nikolas, she’ll track him down for a fierce slap!

Hamilton Finn (Michael Easton) will gladly give Nik another dose of backlash on Friday. He’ll approach Nikolas with an ultimatum, so Nik had better be ready. General Hospital spoilers say Finn will warn Nik that he may think he’s gotten away with this, but he won’t.

As long as Violet Barnes’ (Jophielle Love) mom is missing, Nikolas is going to be on Finn’s bad side. Finn will probably insist there’s going to be big trouble if Nik can’t track Hayden down. Meanwhile, Dev Cerci aka “Dev Corbin” will get some shocking updates on the multiple shootouts. Michael Corinthos (Chad Duell) will reveal that something bad went down tonight – and most likely warn Dev to be careful.

Sasha Gilmore (Sofia Mattsson) will be on hand with Michael, but he’ll try to push her away soon enough. Michael will think a breakup is necessary for Sasha’s own protection, but she’ll put up a fight on the idea. Next, Gladys Corbin (Bonnie Burroughs) will be on the hotseat. She apparently lied about Brando Corbin’s (Johnny Wactor) death, so Carly will demand to know why.

GH Spoilers: Gladys Corbin Will Be Interested With News On Brando Corbin’s Condition

Gladys must have her reasons, but she’ll be most interested in the latest news on Brando’s condition. Brando’s going to be just fine, but Carly will remain suspicious of why Gladys knew he was alive and stayed silent. General Hospital spoilers say they’ll bicker about it, but maybe Brando himself can shed some light on the situation soon.