The Bold and the Beautiful Spoilers: Quinn Causes Horrific Consequences – Makes Sure Brooke Hits the Bottle Again, But At What Cost? 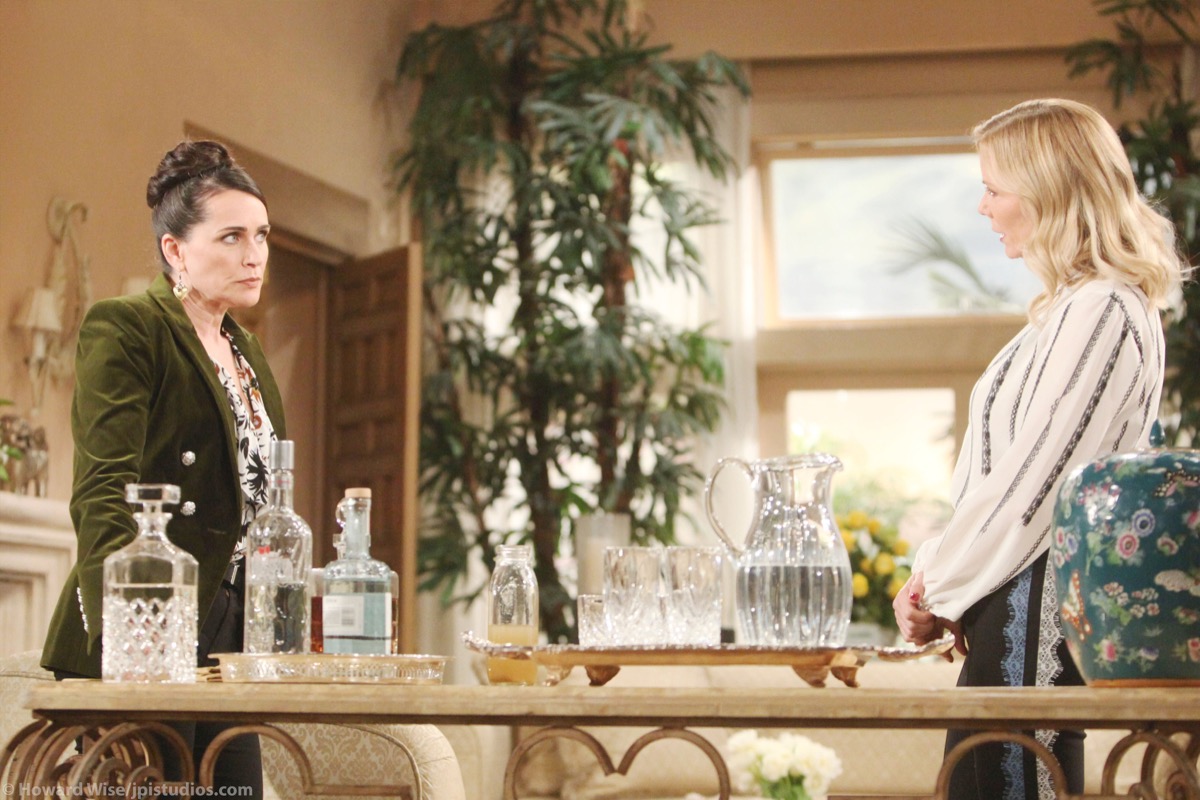 The Bold and the Beautiful spoilers reveal Quinn Forrester (Rena Sofer) might cause horrific consequences with her latest idea. Right now, her focus is on making Brooke Logan Forrester (Katherine Kelly Lang) pay for meddling in her marriage. But how far will she go? It is suggested that she could trick Brooke into hitting the bottle again. Could it end up causing an innocent bystander to lose their life?

B&B spoilers reveal Eric might have said too much during a conversation with his wife. They were talking about Brooke and Shauna Fulton (Denise Richards). Eric happened to mention how concerned he is about Brooke. He described her ranting and raving, then reminded Quinn of her history with alcohol. This gave her an idea that could have devastating results.

It is teased that Quinn has the idea that Brooke already looks like a crazy woman. With her storming into the Forrester mansion and demanding Eric divorce Quinn, the stage is already set. Now, all Quinn needs to do is somehow get alcohol into Brooke’s system. Could she replace her water with vodka? Spike her morning juice? Or do something else that will cause Brooke to behave like she is drunk?

The Bold and the Beautiful spoilers indicate that Brooke is already acting like a mad woman. It was one thing when she asked Eric to help her save her marriage to Ridge Forrester (Thorsten Kaye). It was somewhat tolerable when she asked that Shauna leave the house. However, she really went overboard when she started shrieking that Eric needed to leave his wife.

The Bold and the Beautiful Spoilers: Horrific Consequences?

If Quinn does manage to get Brooke to drink, could that lead to the shocking consequences that have been teased? If so, who could end up hurt or dead due to Brooke unknowingly hitting the bottle? Will anyone find out that Quinn was behind it? Fans will just have to keep watching the CBS soap opera to see how this storyline develops.