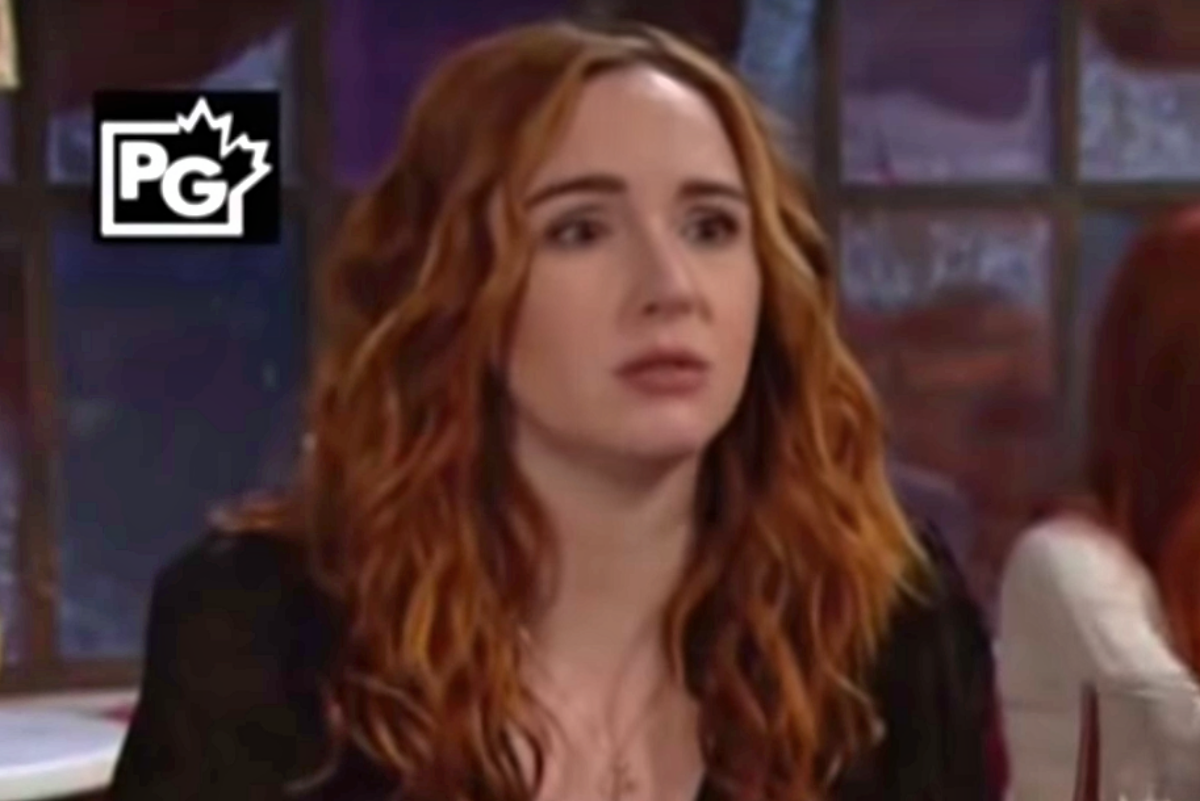 The Young and the Restless (Y&R) spoilers for Friday, January 31, tease that Sharon Newman (Sharon Case) will prepare to get her port installed for her chemotherapy treatments. She’ll explain this to Faith Newman (Alyvia Alyn Lind), and Mariah Copeland (Camryn Grimes) will offer to take her, but Rey Rosales (Jordi Vilasuso) will do the honors. Nick Newman (Joshua Morrow) will be on hand, too, to see Rey and Sharon off.

Meanwhile, at the Grand Phoenix, Chance Chancellor (Donny Boaz) and Abby Newman (Melissa Ordway) will flirt and Phyllis Summers (Michelle Stafford) will notice, then stroll over and mention how amazing their date was. Chance will make sure Abby knows that nothing happened on his date with Phyllis.

Chance will then ask Abby how far she’s willing to take what’s going on between them, and Abby will begin to indicate that if he’s interested in Phyllis, then he should go for it, but he’ll interrupt her and say that he wants her instead. They’ll kiss happily.

Next on Y&R, Mariah will be at Society when she notices a new face working behind the bar. She’ll recognize the woman, Lindsay (Kirby Bliss Blanton), and the two will be happy to see each other. Turns out, they’ll know each other from a bar that they each frequent. Mariah will tell Lindsay that Tessa Porter (Cait Fairbanks) is on tour. Lindsay will think that Mariah seems to be hiding something, and Mariah will say that it’s complicated.

Meanwhile, Tessa and Tanner Watts (Chase Coleman) will be traveling by jet, and they’ll talk about how happy she is to be on tour. They’ll play guitars together and sing. Afterwards, they’ll talk about Tanner’s girlfriend, and he’ll note that she’s nothing like Tessa. Tessa will joke that he needed to find someone opposite of her.

Next on Y&R, at Crimson Lights, Rey and Sharon will chat after her procedure. Phyllis will arrive and notice Sharon’s bandage. She’ll ask if Sharon got a tattoo, and Sharon will say that she did – and it’s Rey’s badge number. Faith will then walk in, and Sharon will hush her from her talking about how Sharon’s doing as Phyllis comes near.

Next on Y&R, back at Society, Rey will meet with Paul Williams (Doug Davidson) and ask him for a lighter load at work. Paul will wonder what’s going on, but Rey will say that he can’t spill details yet. Paul will say that this will stay between them.

Meanwhile, over at the bar, Mariah will tell Lindsay that she’s protecting someone’s secret. Later, Mariah will text Tessa, and Tanner will reply, which will catch Mariah off guard. Lindsay will wonder what’s going on, and Mariah will reveal she was just texting with Tanner, who’s on the road with Tessa. Lindsay will talk about all the wild things that occur on tour, but Mariah will say she’s not worried.

Next on Y&R, at the Grand Phoenix, Chance will take a call which informs him that “she” is asking questions. He’ll ask for someone to keep track of her. Phyllis will arrive and Abby will say that Chance has made his choice – her. When Phyllis just walks away and refuses to argue, Abby will wonder what’s going on.

Phyllis will say that she’s not interested in Chance, yelling that there are more important things in the world. Abby will say that whatever’s going on will eventually come out.