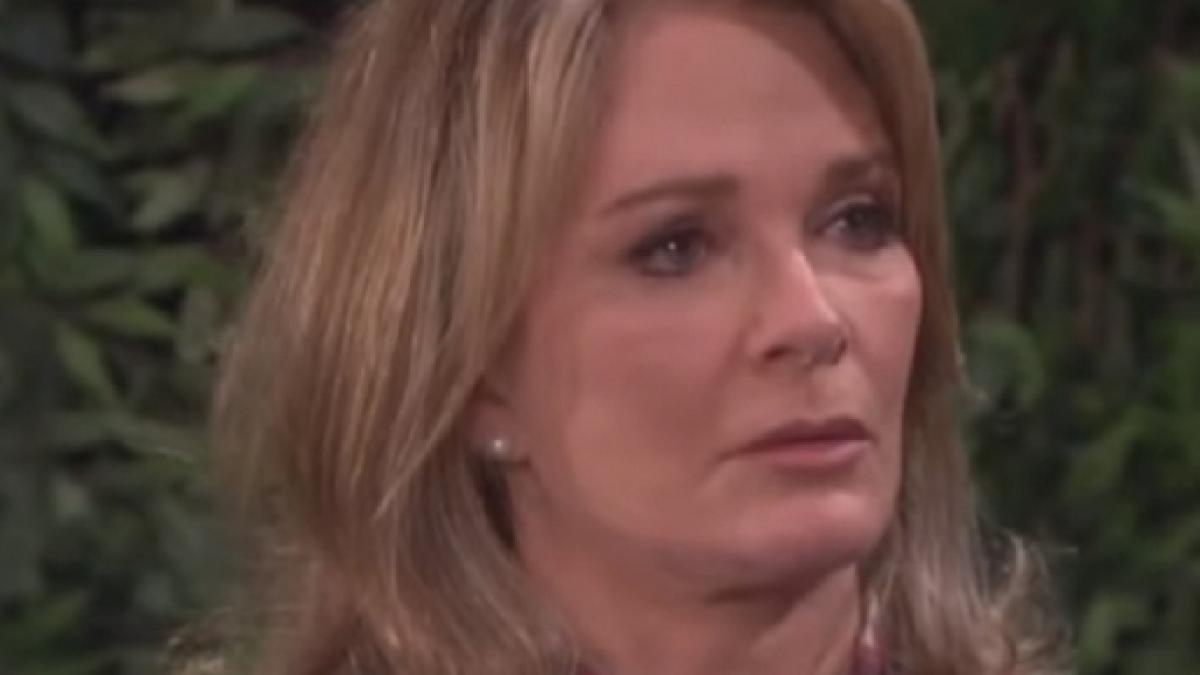 Days of Our Lives (DOOL) spoilers for Monday, February 3, tease that Chad DiMera (Billy Flynn) and Abigail DiMera (Kate Mansi) will mull over a mystery. Abigail just pulled out a portrait at the gatehouse and showed it to Chad. They were both stunned to see “Steve Johnson” aka Stefano DiMera (Stephen Nichols) striking a familiar pose.

This portrait looks eerily similar to the one of Chad’s father, so he’ll be pretty confused on Monday. The same goes for Abigail, who’ll wonder why “Steve” would have this made and why it’s hidden at the gatehouse. Days of Our Lives spoilers say Chad and Abigail won’t be able to make much sense of this, but it’ll be a crucial clue on their journey to the truth.

Meanwhile, DOOL viewers will see a shocker for Xander Kiriakis (Paul Telfer). He’ll find Eric Brady (Greg Vaughan) and Sarah Horton (Linsey Godfrey) in a state of undress, so he’ll naturally assume they made love. Days of Our Lives spoilers say Eric and Sarah will put any missing clothes back on before Eric exits. That’ll give Sarah a chance to explain, which will bring some surprises for Xander.

Sarah will confess that doesn’t want Eric and actually shut down this hookup. They didn’t go to bed together because she’s in love with Xander. Days spoilers say Xander will be thrilled over Sarah’s declaration, but his baby swap secret is bound to spell trouble down the road.

Until then, let’s talk about John Black (Drake Hogestyn) and his crushing grief. He just learned Marlena Evans (Deidre Hall) is “dead,” so “Hope Brady” aka Princess Gina Von Amberg (Kristian Alfonso) will happily make her move. She’ll eventually kiss John, who’ll be too vulnerable to resist in this moment.

Days Of Our Lives Spoilers: John Is Broken Hearted And Can’t Let Go

Of course, John is brokenhearted and can’t even think about letting go of his true love. He’ll be devastated over Marlena’s “demise,” but Princess Gina won’t let that stop her! As for Stefano, he’s getting duped by Hattie Adams (Deidre Hall). All it took was Hattie opening her mouth for many Days fans to realize she traded places with Marlena. Hattie has a particular way of talking and it’s far different from her doppelganger.

Nevertheless, it seems “Steve” will remain in the dark as he gladly locks lips with “Marlena.” Stefano’s in for a rude awakening when he realizes his queen of the night has pulled a switcheroo. Finally, Days of Our Lives spoilers say Nicole Walker (Arianne Zucker) will make a major admission. She’ll tell Eric that her relationship with Brady Black (Eric Martsolf) was all a plot to deceive Kristen DiMera (Stacy Haiduk).

Eric and Nicole are set to reunite later in the week, so don’t miss what’s in store. We’ll give you updates as other Days news and rumors emerge. Stay tuned to DOOL and don’t forget to check back often for the latest Days of Our Lives spoilers, rumors, updates and news!