General Hospital Spoilers: What Will 2020 Bring for Maxie Jones? 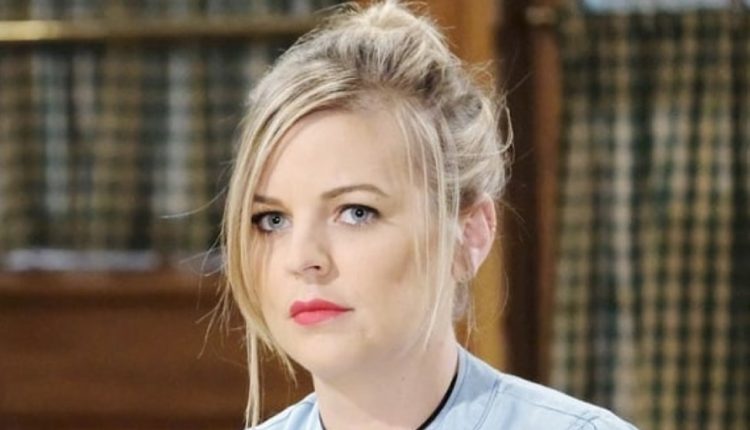 While we patiently wait for new episodes of General Hospital, we thought we would take a stab at what we think may happen with some of our favorite characters in the coming year. This is all just for fun, while we wait for new shows to finally air. So let’s look at Maxie Jones (Kirsten Storms).

Like Michael Corinthos (Chad Duell), Maxie seems to be in for some big changes in the coming year. Between her love life and her professional life, Maxie’s life will likely change dramatically in the coming months. The first thing to go will likely be her relationship with Peter August (Wes Ramsey).

Peter has been very successful in keeping the true extent of his criminal past a secret. But with Jason Morgan (Steve Burton) and Samantha McCall (Kelly Monaco) on to him, it’s likely Peter’s crimes will be exposed. Maxie will be heartbroken once she finds out the extent of Peter’s actions. Their relationship will likely not survive the first few months of the year. This along with some other issues will lead Maxie to make even more changes.

Maxie has taken on more responsibility at Crimson while Nina Reeves (Cynthia Watros) has been distracted. But Nina has returned and Maxie has started to feel underappreciated. An offer to work at Deception from Lucy Coe (Lynn Herring) has gotten Maxie considering making a change. Now whether she goes to work for Lucy or finds a way to start her own magazine, it seems that Maxie will be making a bold career move. She could absolutely run her own magazine, it would just be a matter of the right circumstances.

Maxie’s ex Damien Spinelli (Bradford Anderson) has hinted that he may be moving back to Port Charles. That would also mean that Spinelli and Maxie’s daughter Georgie Spinelli, would be back with her mother on a much more regular basis. It’s even possible that Maxie and Spinelli could eventually find their way back to each other. Spinelli has been involved with Ellie Trout (Emily Wilson) for several years now, but if Maxie and Spinelli are back in the same zip code, their romance could always rekindle.

Will Maxie and Peter’s relationship be one of the first casualties of 2020. Will Maxie go to work at Deception or possibly even start her own magazine? Could Spinelli and Georgie return to Maxie’s life on a much more permanent basis? Anything can happen, so stay tuned to General Hospital airs weekdays on ABC once the impeachment hearings conclude. And don’t forget to check back here regularly for all your General Hospital news, information and spoilers!