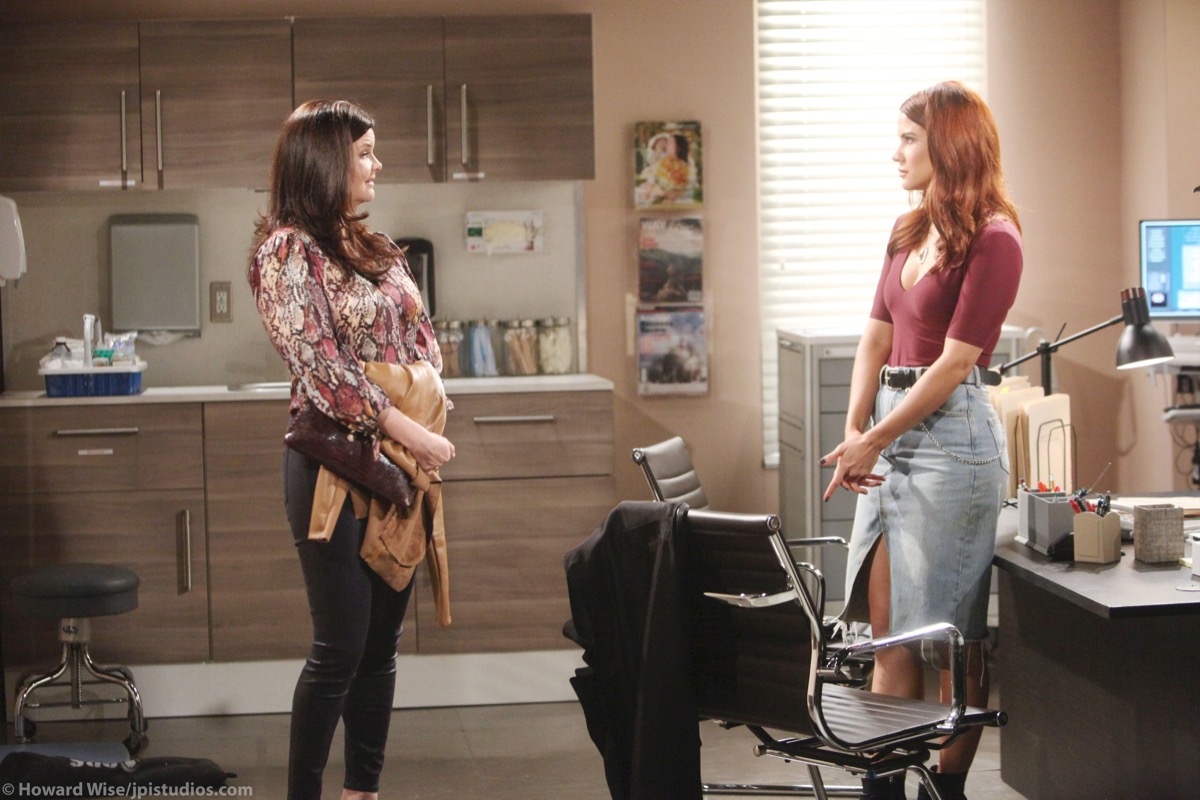 The Bold and the Beautiful spoilers for Monday, February 3, tease that Wyatt Spencer (Darin Brooks) will have a chat with Liam Spencer (Scott Clifton) about his ongoing situation with Sally Spectra (Courtney Hope). Wyatt will fill Liam in on his breakup attempt with Sally, and about how Sally just didn’t seem equipped to deal with the stress of one more thing. Wyatt will lament to his brother all about it, looking for a little advice.

B&B Spoilers: Wyatt Spencer Looks To His Brother For Advice

As B&B viewers know, Liam is also going through some major relationship turmoil as well, since Hope Logan (Annika Noelle) has broken off her relationship with him. Nevertheless, it appears that the brothers’ conversation on Monday’s B&B episode will revolve mainly around Wyatt’s relationship woes, and how terribly he feels about hurting Sally to move on with a relationship with Flo Fulton (Katrina Bowden).

Of course, Wyatt is just following his heart, which is the right thing for him to do, but he’ll be really worried about how it all is going to affect Sally. Wyatt suspects that there’s something else going on with Sally, which B&B viewers know is a serious medical problem. But Wyatt doesn’t know that; he just won’t want to cause her unnecessary pain.

Meanwhile, on Monday’s new episode of B&B. It appears that Sally and Katie Logan (Heather Tom) will continue their conversation at the hospital. As B&B viewers know, Katie happened to be at the hospital at the same time that Sally was there waiting for answers about what’s wrong with her. Katie approached Sally with an offer to help, and it looks like Sally might end up confiding in Katie about what’s going on.

It looks like Katie will be with Sally when she hears what’s going on from the doctor. It’s good that Sally has someone there for support, and Katie is the perfect person to get her through this difficult time, since Katie has been through some very serious health issues herself in recent months. She’ll offer Sally her comfort and perhaps some advice as she braces for news and receives a harrowing diagnosis.

Finally, on Monday’s new episode of B&B, Quinn Forrester (Rena Sofer) will wait and wonder what’s going to happen when Brooke Forrester (Katherine Kelly Lang) finally takes a drink out of her juice bottle. As B&B viewers know, Quinn secretly poured some vodka into Brooke’s orange juice while Brooke had her back turned. Quinn knows that Brooke has battled a drinking problem in the past, so this was a devious move.

One wonders what’s going to happen when Brooke finally does drink from the bottle. But will she take a drink right there in the mansion with Quinn, or will she carry it with her and drink from it later? And what will happen once she does take a drink? Quinn’s probably banking on her getting one taste and wanting more, but we’ll see what actually happens.

Of course, the whole thing could end up backfiring on Quinn, and Brooke could expose what Quinn did to Eric Forrester (John McCook) and the rest of the family. Time will tell what happens here, but there’s bound to be an explosive and dramatic outcome either way.