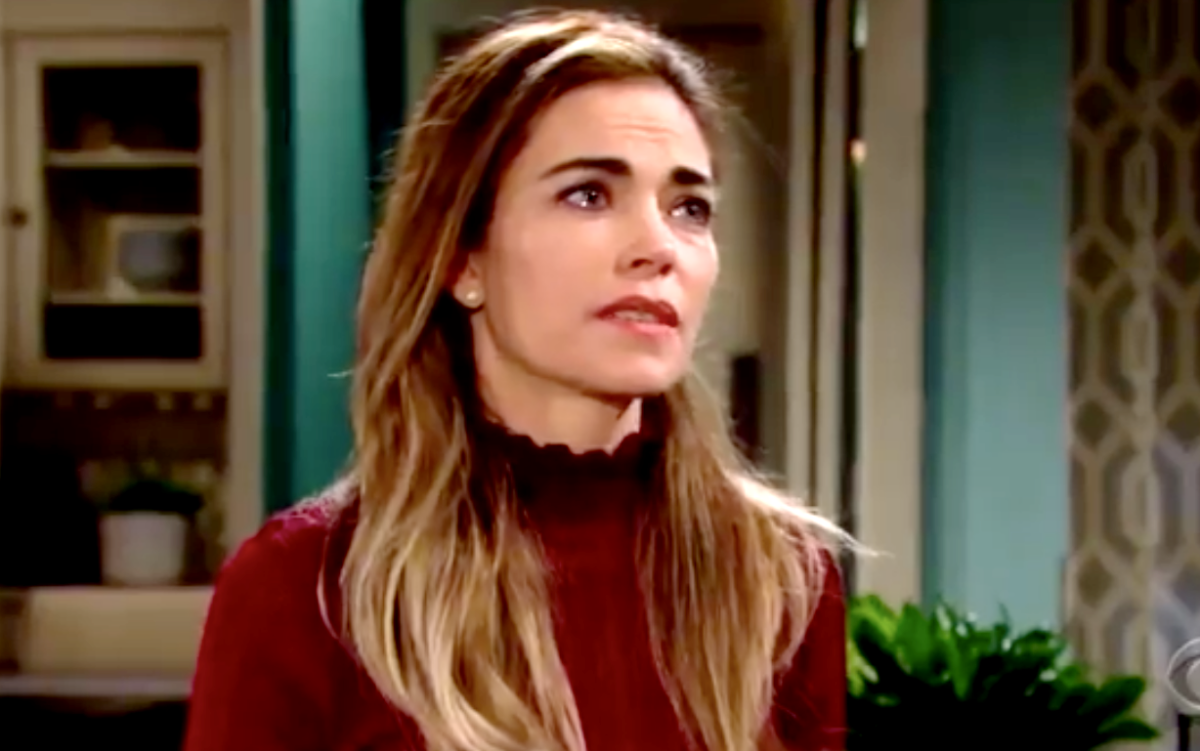 The Young and the Restless (Y&R) spoilers for Monday, February 3, tease that Nikki Newman (Melody Thomas Scott) and Victoria Newman (Amelia Heinle) will talk at Newman Enterprises. Nikki will relay that Billy Abbott (Jason Thompson) was in a fight and that Amanda Sinclair (Mishael Morgan) bailed him out.

She’ll also tell Victoria that Victor Newman (Eric Braeden) has been having Billy followed, and Nikki will show Victoria a photo of Billy and Amanda together. Victoria will think that it’s awfully convenient that Billy is staying at the same hotel where Amanda is staying. Nikki will tell Victoria to take care of herself.

Next on Y&R, at Crimson Lights, Amanda and Billy will talk. Amanda will say that no one is going to press charges in connection with the bar fight, and that needs to stay away from the Empty Glass. He’ll wonder if he’s screwed up their friendship, but she’ll say that she’s just in professional mode and she’ll want to go. Billy will say that he feels like he sent mixed signal, and she’ll say that she understands that neither of them are looking to get into a relationship.

Next on Y&R, Lola Abbott (Sasha Calle) will come home to the apartment where Kyle Abbott (Michael Mealor) is working from home. She’ll want to get amorous, but he’ll have too much work to do, which will worry her. Later, she’ll say that he has been different since his trip, and that she assumes something happened there. Kyle will the admit that Summer Newman (Hunter King) kissed him.

Lola will be upset since he kept the kiss a secret. She’ll think that there’s some reason he feels guilty about it. She’ll ask him to be honest with her, or else she’ll go to Summer with her questions. They’ll start arguing, with Lola accusing Kyle of enjoying the attention he gets from Summer. He’ll then yell that Lola needs to admit that Theo Vanderway (Tyler Johnson) is in her head as much as Summer is in his. Lola will be horrified and walk out.

Next on Y&R, Summer and Theo will be at work at Jabot, and talk will eventually turn to Theo and Lola. Summer will needle him about his mooning over Lola, and Theo will announce that he knows about what happened in San Francisco. They’ll head to Society to continue the conversation, where Theo will badger Summer about her secret with Kyle, and eventually Summer will admit to the kiss.

Summer and Theo will then go back and forth, with Summer insisting that Theo shouldn’t go to Lola with the information. Theo will say that she really wants him to blow the whole thing wide open but that he won’t have to, because Kyle will surely do it on his own. They’ll continue to argue, with Summer saying that he’s got feelings for Lola. Theo will tell her to believe whatever she wants.

Later, Lola will arrive at Society to find Theo there. She’ll ask if Theo knows what happened in San Francisco, and Theo will lie and say that he knows that Summer and Kyle closed a big deal. Lola will say that he’s a terrible liar.

Back at Jabot, Jack Abbott (Peter Bergman) will be startled when Billy arrives with his facial wounds from the fight. Billy will announce that he’s had an epiphany that he needs to live as his “authentic self.” Jack will eventually hear that Victoria is out of the picture, and Jack will express concern and ask if Billy is gambling. Jack will suggest a meeting, but Billy will nix that idea and Jack will tell him that he’ll be here when Billy’s new life doesn’t work out.