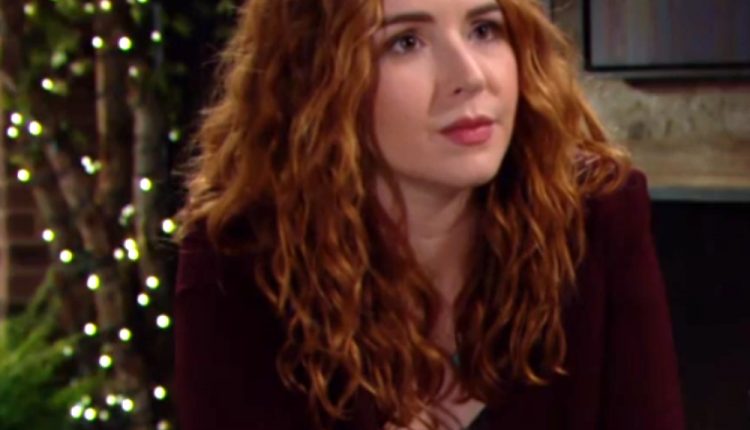 Camryn Grimes, who’s already playing the role of Mariah Copeland on “The Young and the Restless,” will reprise her role of Cassie Newman. This means the actress will play double in an upcoming episode of the show. The actress was thrilled and tweeted, “This is what I was excited about and couldn’t say.”

The Young and the Restless Spoilers – Camryn Grimes as Cassie Newman

Viewers may recall that Grimes portrayed the role of Cassie, Sharon Newman (Sharon Case) and Nick’s Newman (Joshua Morrow) daughter, from 1997 until her tragic death back in 2005. Even after her death, Grimes would sometimes reprise her role as a spirit who appears to her folks. It was in 2014 when Grimes returned to the show not as a ghost but as Sharon’s previously unknown daughter named, Mariah.

Since the actress is already playing Mariah on set, she’ll just switch roles and play Cassie, as she visits her mother from beyond the grave. There are no details yet as to when this episode, where Grimes will play double, will air. But, spoilers reveal Sharon is set to receive an otherworldly visit from her late daughter.

Fans know that Sharon recently found out about her cancer diagnosis and only her close family knows about it. Because of this health scare, Sharon has made some unusual gestures like the time when she treated Phyllis kindly at The Grand Phoenix bar. But only those in her inner circle know that she’s about to undergo her first chemotherapy treatment. She might get some of her much needed support from her late daughter.

Sharon’s case, the actress behind the character, dropped some hints as to what viewers can expect to see next. The actress revealed that before she goes through the treatment, she’ll make sure that Rey Rosales (Jordi Vilasuso) and Faith Newman (Alyvia Alyn Lind) have something to eat. So, she prepares meals to freeze for the two just in case she suffers some side effects after the treatment.

Later, when Sharon is about to fall asleep, she sees Maria beside her. She’s happy to see her but she’ll soon realize that it is not Mariah but Cassie, who’s decided to be with her during this trying time.

“Sharon is really in her own mind, as anybody would be, so she’s trying to feel normal by doing the normal things she enjoys, but she’s overcompensating a little bit,” Case said.

The actress added that Sharon doesn’t know how she’ll feel afterward so she decides to prepare for those days that she may not want or have the energy to cook.

However, Case also noted that chemotherapy has evolved thanks to the latest advances in technology. There are other options with fewer side effects.