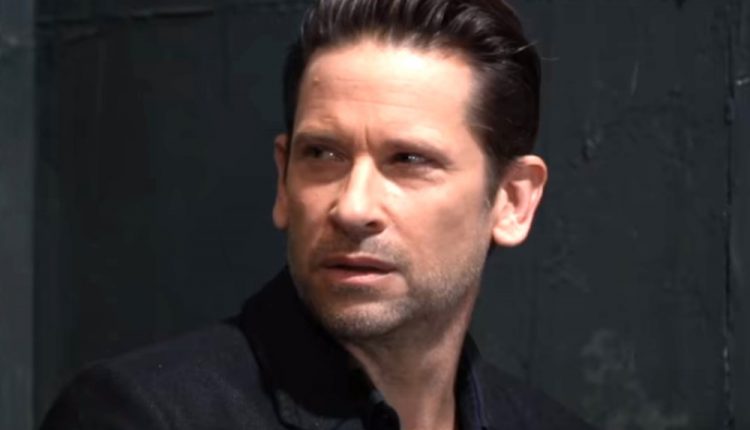 General Hospital spoilers indicate that Franco Baldwin (Roger Howarth) now has something to focus on: a new big. After a tension-filled scene with Nikolas Cassadine (Marcus Coloma), Franco heads off to see Ava Jerome (Maura West) talk about this new marriage of hers. While there, he gets a very interesting proposition. Read on for all of the latest spoilers.

General Hospital co-head writer Dan O’Connor says that Franco knows that something is up. That’s why he’s decided to go talk to Ava for himself to see what’s going on between her and Nikolas. In fact, Franco wants Ava to know what she’s doing and that she may be playing with fire here.

General Hospital spoilers say that Ava ends up commissioning him to paint her portrait. At the same time, Liz Webber (Rebecca Herbst) seems to be suspicious about what’s going on, too. O’Connor puts it this way to Soap Opera Digest in a new interview, “Ava getting her portrait made to replace the one of Helena that went up in smoke basically cements her place as the co-head of the Cassadine estate.

I think Elizabeth is always a little suspicious of Ava’s intentions, and she knows that Franco is an artist who hasn’t been able to create in a very long time. She wants to support that, even if she is a little uneasy about him being in close proximity to someone who could be dangerous.”

General Hospital Spoilers: Jax Wants Nina For Himself, Desperate For Her To Move On From Valentin https://t.co/YvxZSCmMq8 pic.twitter.com/kSTEBnQDHT

With that said, it will be interesting to see how Franco will handle this. Either way, Ava has shown trust in Franco, despite the fact that he hasn’t created anything in a very long time. There’s also the fact that she might be a little uneasy being so close to someone who might also be very dangerous. Of course, General Hospital fans will have to tune in to find out what will happen next!