The Bold and the Beautiful Spoilers: Liam and Hope Face Their Biggest Struggle Yet – Lope’s Future In Danger 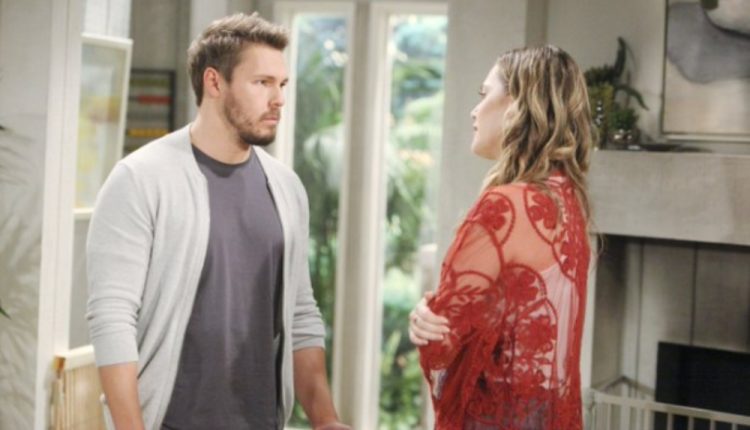 The Bold and the Beautiful spoilers reveal Liam Spencer (Scott Clifton) and Hope Logan (Annika Noelle) will face their biggest struggle since “PhoeBeth.” In an interview, executive producer and head writer Bradley Bell discussed what to expect from “Lope” during February Sweeps. Keep reading to get the details.

The Bold and the Beautiful Spoilers – Struggling With the ‘Steam’ Kiss

B&B spoilers indicate Hope is having a really hard time dealing with the fact that Liam and Steffy Forrester (Jacqueline MacInnes Wood) kissed. It was a setup orchestrated by Thomas Forrester (Matthew Atkinson).

Even though it was just a kiss, Hope packed Liam’s bags and didn’t want anything to do with him. Some fans believe that she is overreacting. Then, there are others that think she did the right thing by kicking him out.

It is teased that after leaving Liam, Hope gets comfort from the worst person imaginable. The man that is obsessed with her and who is also considered the villain of the CBS soap opera. Of course, we are talking about Thomas. He views it as a victory but he can’t let Hope know what he is really up to. At least, not yet, which means Zoe Buckingham (Kiara Barnes) is still being played like a fiddle.

The Bold and the Beautiful spoilers reveal Thomas will become more obsessed than ever as we go into February Sweeps. Bell explained what to expect in the latest issue of Soap Opera Digest.

“Ripped apart by a stolen kiss, Hope and Liam face their biggest struggle… Thomas’ obsession with Hope is stronger than ever and he will stop at nothing to get what he wants.”

It is also stated that Thomas will raise the stakes by using Zoe and his own son, Douglas Forrester (Henry Joseph Samiri) in a cruel scheme. In another section of the magazine, it is teased that Thomas will use Douglas in an elaborate dinner drama.

We don’t know exactly what that means, but could he get at Hope by suggesting Zoe will be Douglas’ next mother? We wouldn’t put it past him, especially knowing how much Hope loves playing “mommy” too little Douglas.

The Bold And The Beautiful Spoilers: Joe LoCicero Out At B&B – Is This The End…

The Bold And The Beautiful (B&B) Spoilers: Thomas In Shock, Can’t Believe…