The Bold and the Beautiful Spoilers: Liam Puts Things Into Perspective For Wyatt – Gives Much Needed Brotherly Advice 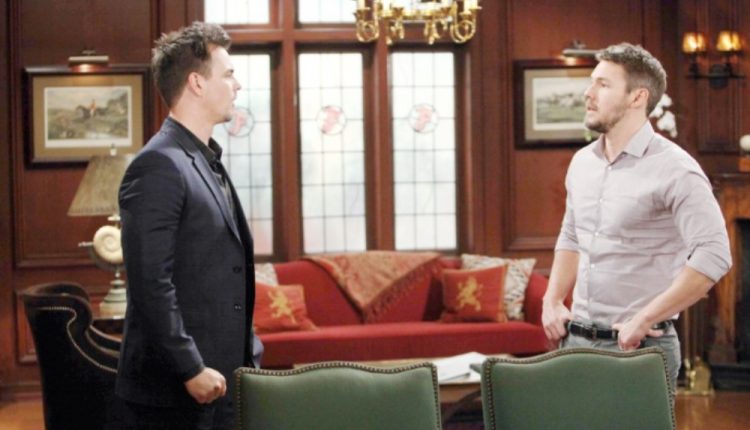 For Wyatt to ask Liam advice about hurting one woman to leave her for another woman seems to be the story of the blind leading the blind and both falling into the ditch, as Liam has gone back and forth between Steffy Forrester (Jacqueline Macinnes Wood) and Hope Logan (Annika Noelle) numerous times, and has just hurt Hope terribly by going back with Steffy, although they broke up over an “engineered misunderstanding” helped along by Steffy’s brother, Thomas Forrester (Matthew Atkinson)!

Anyone who has ever been in the position of falling in love with someone who is not in love with them but tells them they care about them as a friend can attest to the fact that their friendship is small comfort. It still feels like rejection no matter how you swing it! But, Wyatt admires Liam and wants his input even though Liam is as bad at true commitment as Wyatt is and maybe even worse!

At least Wyatt doesn’t have children with both Sally and Flo as Liam does with both Steffy and Hope! Can one even hope that in Liam having to give advice to Wyatt about how to deal with hurting Sally so badly to be with Flo that whatever advice Liam gives him he might be smart enough to follow himself? Doubtful!

The Bold and the Beautiful Spoilers – Misery Loves Company

However, misery loves company, and the two brothers in nearly identical situations can at least take some time for brotherly bonding and empathizing with each other’s situations. The brotherhood of the noncommittal can be a pretty interesting place to be for some, but miserable for those who love them and are constantly mystified by their ability to bounce back and forth between two women and claim that they love both of them, but shift their love between the two as often as they shift themselves between whichever woman is the favored one at any given time!