The Young and the Restless Spoilers: Amanda Left Blindsided – Dangerous Ex Shows Up At Her Door 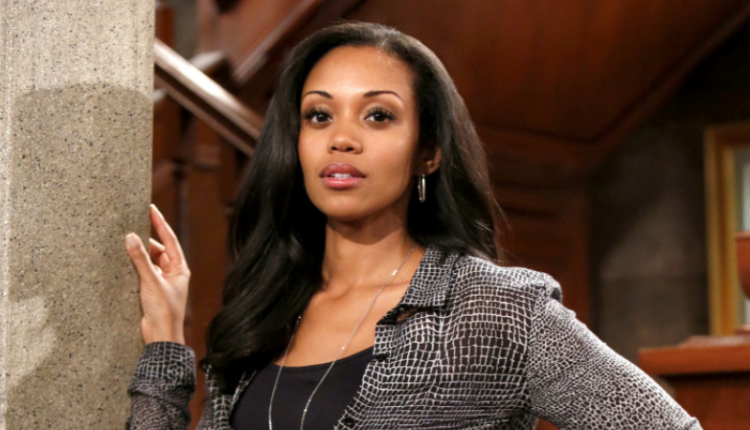 The Young and the Restless; Amanda Sinclair Just Came From A Stressful Meeting With Billy Abbott And Victoria Newman

Amanda had stopped by Crimson Lights for a coffee break and instead got into the middle of an argument between Billy Abbott (Jason Thompson) and Victoria Newman, (Amelia Heinle) who had asked him to meet her there to discuss their kids.

She had previously seen a compromising photograph of Billy with Amanda, thanks to her father, Victor Newman (Eric Braeden) who had considered it proof of an affair, even though all it showed was the two of them sitting at a table in a restaurant together. As Amanda enters, Victoria is lighting into Billy about his obviously sharing more than a platonic friendship with Amanda, after of course, Victor has put ideas into her head! Both Amanda and Billy insist to Victoria that they are only friends, but that doesn’t placate Victoria.

Amanda understands exactly why Victoria would think that and is actually on her side, but finds herself having to defend herself to her! Victoria doesn’t know Amanda well enough to know that they are on the same side and agrees that Billy shouldn’t be opening himself up so much to Amanda and confiding in her, especially when it comes to his and Victoria’s relationship problems!

Victoria says she has photographs that prove the two are having an affair; they are blindsided! They know they didn’t do anything inappropriate in that sense of the word, so they don’t understand what this is all about, and Amanda is curious about exactly what this proof is!

Victoria refuses to give them any further details about the proof she claims to have and then storms out! Amanda, at this point, is very frustrated; she had relocated to Genoa City wanting a fresh start with no drama and no issues, and now this! She just can’t get away from these problems!

Speaking of not being able to get away from problems, she goes to the one place that she feels safe, her hotel suite, and there is her ex, Ripley Turner sitting on her bed! This is the man she’s been talking about with Billy, and the man she was trying to track on her computer, but she lost him and now here he is – he found her!