The Young and the Restless Spoilers: Kyle Gives Into Lust – Sleeps With Eager Summer 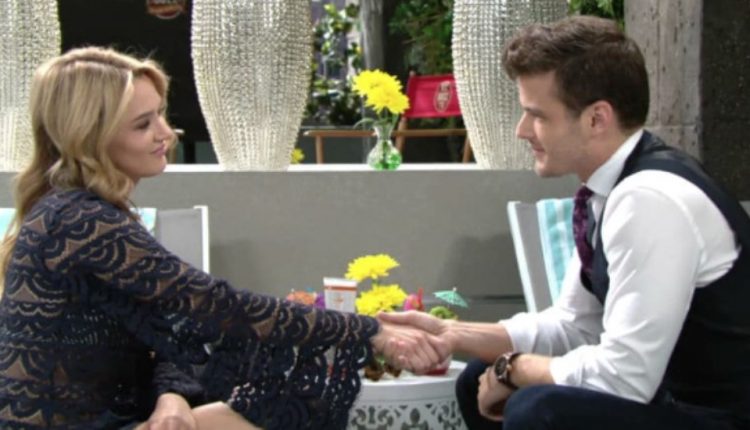 Lola comes home and finds Kyle there, working from home. She suggests they take a trip to the bedroom, but he’s too busy. Kyle has never turned down sex before and she remarks about it – and Lola goes to take a nap. After she gets up, she tells Kyle that he seems different since returning from San Francisco, and it’s so obvious that something must have happened. She says it can’t be any worse than what she suspects, which is that Kyle and Summer had sex.

Kyle denies that, but he does admit there was a kiss – and Summer was the one who kissed him! Lola gets upset that she had to ask him about it and that he had kept it a secret from her. After all, if it had been as simple as his rejecting Summer, why does he seem to feel guilty about it?

Things heat up between the two as Lola accuses Kyle of enjoying Summer’s attention, and he hits back hard as he accuses her of having Theo in her head as much as Summer’s in his! His words cut Lola to the heart, and she walks out!

Meanwhile, over at Society, Theo needles Summer about her dirty little Kyle secret – he had overheard them talking about what happened between them at San Francisco. Summer is livid; it was just an intense conversation! Theo knows there’s more – and she admits to a kiss – just ONE kiss!

Theo thinks Kyle is playing both of them, and Summer tells him it is a very bad idea for him to go to Lola with this information! They snark and argue with each other, and later, after Summer leaves, Lola goes to Theo and asks him if he knows what happened between Kyle and Summer in San Francisco! He says they closed a deal, and Lola calls him a terrible liar! He finally admits what he knows and he’s sorry she’s hurt.

Summer can barely contain herself around Kyle and he knows it, and the two give in to temptation while Kyle and Lola are on the outs! Meanwhile, a devastated Lola leans on Theo, and the two bond more and more and soon realize that they are much more than friends. They may not jump into bed with each other right away because they do have some morals, but they do become very close and eventually, the relationship will hit the sheets!