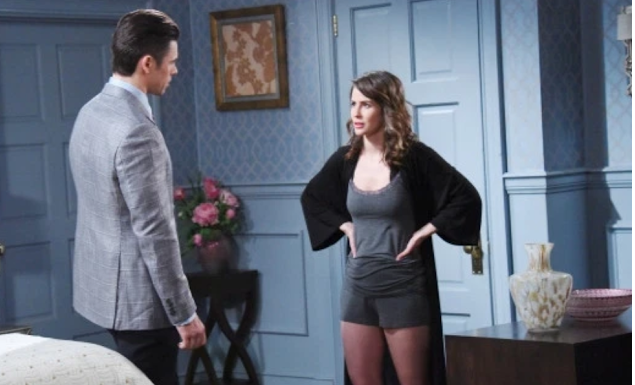 Days of Our Lives spoilers tease that while it’s certainly been a long time coming, it appears as though Sarah Horton has finally found her true love. But for Xander Cook (Paul Telfer), he knew it all along. Even though she has had her reservations in the past, it looks like Sarah finally realizes that there is no man in Salem that loves her more than Xander Cook. What’s more, she’s also beginning to realize that she is falling in love with him, too. Read on for all of the latest spoilers.

One of the reasons why Sarah decided to try things with Eric Brady (Greg Vaughan) again is because they have a child together. Or at least, Sarah thinks that Eric is the biological child of her daughter as a DNA test has never been done. But when it was time to get up close and personal with him, Sarah had her hesitations. In fact, she couldn’t help but think of Xander at that moment. When she was in Eric’s arms, all she wanted to do was run back to Xander. Clearly, she has very strong feelings for him. That when she told him the three little words that he has been longing to hear: that she loves him.

Paul Telfer, who plays Xander on the hit NBC soap, puts it this way to Soaps in Depth in a new interview, “It’s the exact opposite of everything that Xander has assumed and what he’s been longing to hear. And it’s almost the best way he could be presented with the news. Sarah had the option of sleeping with Eric, they were right up to the point of doing it, and then not doing it only because she would rather do it with Xander.”

However, being with Xander is not going to be very easy, especially since Eric Brady is no fan of him. He’s already warned that he doesn’t want his daughter Mickey anywhere near the felon. Will Sarah tiptoe around this situation or will she defend her love? Fans will find out soon enough!

Check your local listings for times. Come back right here for all the latest news and spoilers on Days of Our Lives, The Bold and the Beautiful, The Young and the Restless and General Hospital.