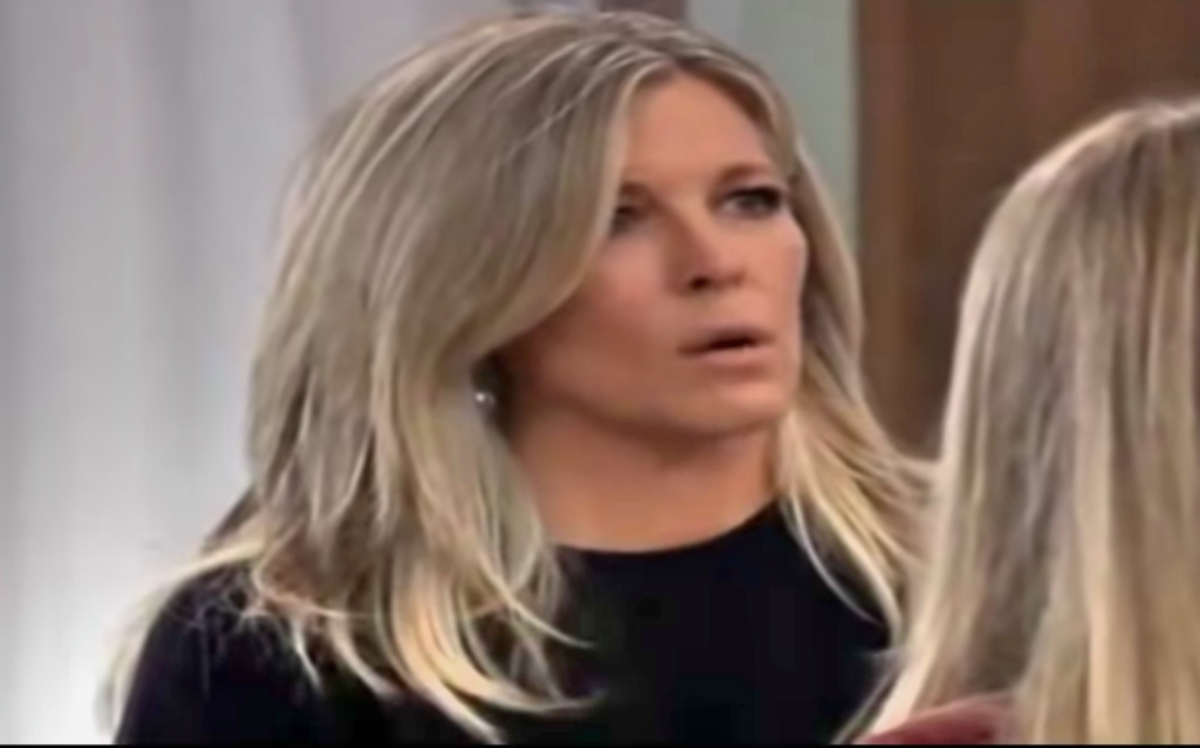 General Hospital (GH) spoilers for Tuesday, January 4, teases that Ned Quartermaine (Wally Kurth) will spot Nelle Benson Archer (Chloe Lanier) at the Quartermaine mansion. He’ll ask Tracy Quartermaine (Jane Elliott) what Nelle’s doing in their living room, but they all have Michael Corinthos (Chad Duell) to blame for that.

Since Michael doesn’t want Nelle anywhere near “Wiley Cooper-Jones” (Erik and Theo Olson), this is his best option. Keeping your enemies close can sometimes be good advice – at least Michael thinks so. Nelle will make it clear that she isn’t going anywhere, but she’ll eventually be plopped out in the boathouse. That won’t please Nelle, but she won’t let it stop her from driving the Quartermaines crazy!

Other General Hospital spoilers say Sam McCall (Kelly Monaco) will seek a crucial ally. She’ll hope Hamilton Finn (Michael Easton) might be able to help with Peter August’s (Wes Ramsey) takedown. Finn will admit that Anna Devane (Finola Hughes) doesn’t share much with him, but he knows more than he’s letting on.

It turns out Finn will betray Anna later this week, so it’ll be interesting to see how that shakes up their relationship. In the meantime, Anna will fret over Peter’s dark side. She wants to believe Peter’s truly turned his life around, but doubts will nag at her.

It seems Anna may even have a troubling fantasy involving Peter. Tuesday’s GH preview video shows Peter telling Anna that no one will save her. Anna looks rattled as they sit on the stairs together, so there’s the potential for danger here – if only in Anna’s head!

General Hospital Spoilers: Carly Corinthos Will Yell That She Refuses To Be Separated From Her Daughter

Next, a serious confrontation will get underway. Carly Corinthos (Laura Wright) will yell that she refuses to be separated from her daughter indefinitely. She’ll unleash her wrath on Jasper “Jax” Jacks (Ingo Rademacher), who may insist Josslyn Jacks (Eden McCoy) needs to leave the country. Jax might argue that he should take Joss to Australia since there’s so much mob chaos going on.

Carly will stand against Jax’s plans, so this fight’s sure to escalate. Elsewhere, Sonny Corinthos (Maurice Benard) will snarl at an enemy. He’ll rage over something that’s a problem for him – presumably all the peril that’s come about for his family. Cyrus Renault (Jeff Kober) is Sonny’s new enemy, but it looks like GH will hold off on that meeting until later in the week. Sonny might be meeting with a middleman for now.