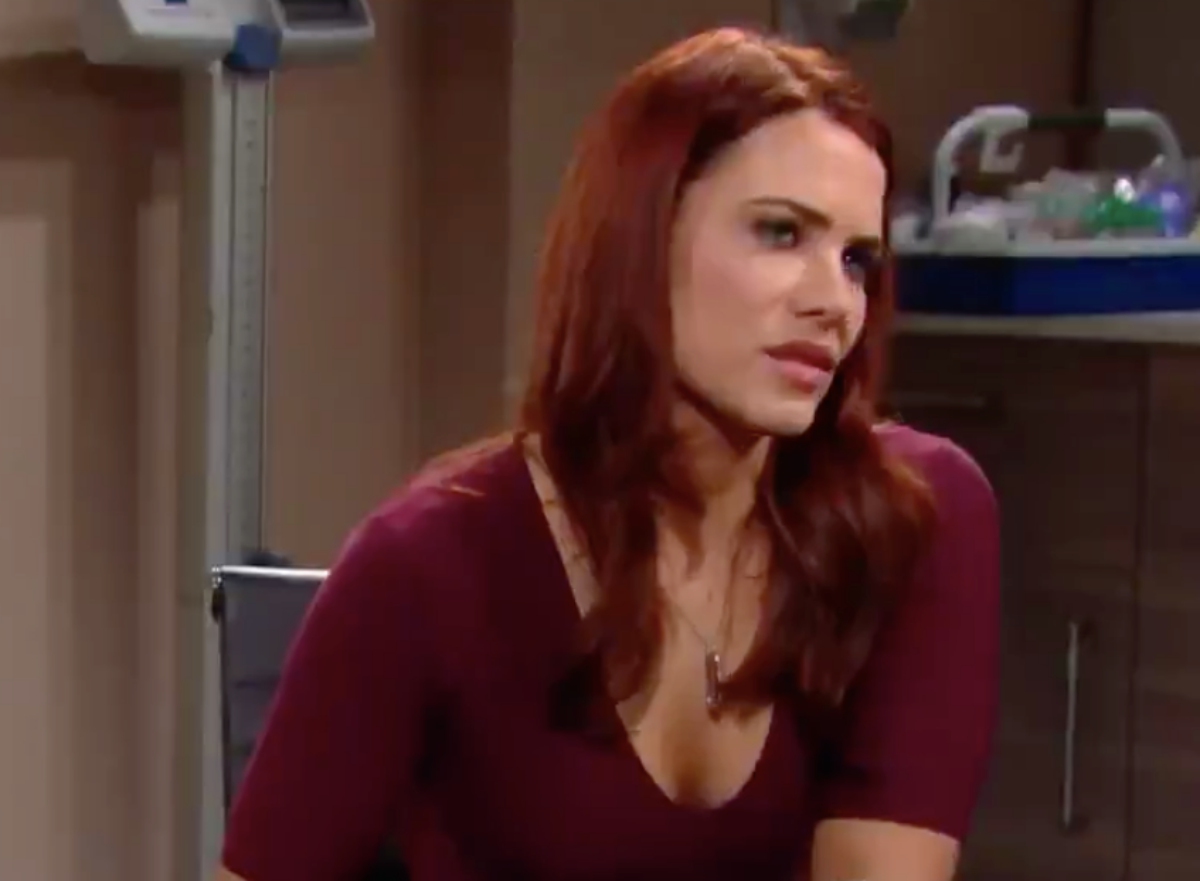 The Bold and the Beautiful spoilers for Tuesday, February 4, tease that the action is really heating up on the CBS soap. But before we get to that, we have a quick programming note. B&B was preempted on Monday, February 3rd due to the impeachment trial, so Monday’s episode will push to Tuesday. And we’ve got the scoop about what’s going to happen right here.

B&B Spoilers: Sally Spectra Waits For News About Her Health With Katie Logan

First off, Sally Spectra (Courtney Hope) will wait for the results of her medical tests at the hospital. As B&B viewers know, Katie Logan (Heather Tom) happened to bump into Sally at the hospital, and Sally told Katie that she was afraid that something was really wrong with her. It looks like Katie will wait with Sally while the hospital processes Sally’s test results, and that she’ll be there when Sally gets a report back from the doctor.

The Bold and the Beautiful Spoilers: Liam Puts Things Into Perspective For Wyatt – Gives Much Needed Brotherly Advice

Ongoing B&B spoilers indicate that Sally will ultimately get a devastating diagnosis, so she’s going to need some support. Katie will be a good person to offer that support, given all of the health problems that she’s suffered over the years. Hopefully she’ll offer Sally comfort as Sally has to deal with some pretty awful news.

Bold And The Beautiful Spoilers: Wyatt Spencer Gets Some Advice From Liam Spencer

The Bold and the Beautiful spoilers say that Wyatt will seek some advice from his brother. After all, Wyatt’s in a predicament that Liam is all too familiar with – he’s currently torn between two women, Sally and Flo Fulton (Katrina Bowden). Of course, B&B viewers know that Wyatt really wants to be with Flo, but there’s a part of him that will always care about Sally and so it’s hard for him to see her hurting.

Finally, on Tuesday’s new episode of B&B, Quinn Forrester (Rena Sofer) will await the outcome of her devious move. As B&B viewers know, Quinn poured vodka into Brooke Forrester’s (Katherine Kelly Lang) orange juice bottle while Brooke stepped away to take a phone call. Right now, Quinn and Brooke are in the Forrester living room, and Brooke’s got the bottle in her hand, ready to take a sip.

The Bold and the Beautiful Spoilers: Thomas and Quinn Form New Alliance – Do They Have Enough Strength To Take Down Brooke? https://t.co/nSqzCOC5hj pic.twitter.com/Vi8ilLp2UC

Of course, as B&B viewers know, Brooke has had a problem with alcohol abuse in the past, and she currently doesn’t drink. Quinn is clearly hoping that Brooke will get a taste of the vodka and then be spurred on to drink some more. This is Quinn’s way of striking back and getting revenge for Brooke interfering in her marriage to Eric Forrester (John McCook).

But what’s going to happen now? Will Brooke realize that there’s vodka in the bottle, and that Quinn is responsible for putting it there? Perhaps Brooke won’t actually take a drink until later on, after she’s left the Forrester mansion. Either way, there’s sure to be some major fallout, since the show has really been building up to Quinn making this move against Brooke.