Days of Our Lives Spoilers: Stevano Needs Kayla’s Help to Smuggle Stefano Out of the Hospital 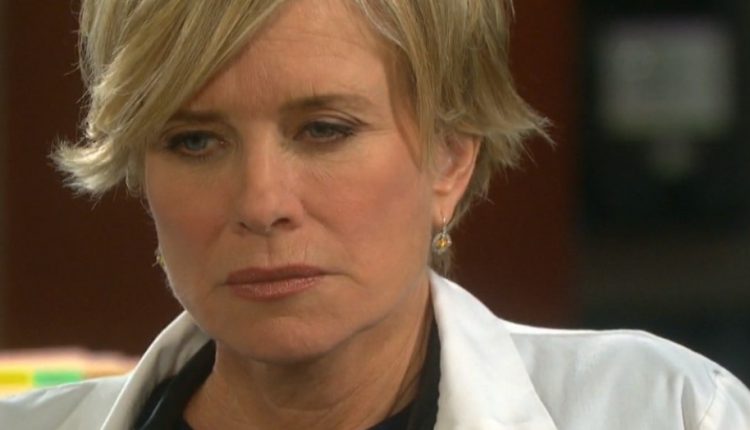 Days of Our Lives spoilers reveal Stefano DiMera (Stephen Nichols) pretends to be Steve “Patch” Johnson after he is shot for the second time. Only this time, the shooting is actually real. He reaches out to Dr. Kayla Brady (Mary Beth Evans) and asks her for a favor. She agrees and sneaks him out of the hospital, but what is her reasoning?

DOOL spoilers indicate Steve-ano ends up being shot a second time. The first time, it was just a ruse in order to trick John Black (Drake Hogestyn). However, the second time will actually be an injury and it will land Stefano in the hospital. Most likely, it will lead to his capture as authorities try to figure out what is going on and why Steve would get involved in kidnapping John.

While in the hospital, it appears that many Salemites don’t understand that “Steve” is actually Stefano. He ends up using his familiar face to manipulate Kayla into helping him escape the hospital. Not only will she be inclined to help the man she was with on-and-off for 30 years, but he will come up with a pretty good cover story. Kayla would only smuggle him out of the hospital if it were for the great good, which he convinces her of.

Days of Our Lives Spoilers – Sneaking Stefano DiMera Out of Hospital

Days of Our Lives spoilers don’t reveal where Kayla takes the man she thinks is Steve. However, she does end up taking him out of the hospital and nobody suspects her. Stefano was always a master at disappearing. Will he leave Salem and vanish once again? Or can he be found and held accountable this time?

Eventually, Kayla will realize the truth and there might just be enough time for her to reach the real Steve, buried deep inside the man’s head. She will have to get through a brain chip that has him believing he is Stefano. However, the power of love can do anything. Is this the key to getting rid of Stefano and getting Steve back?