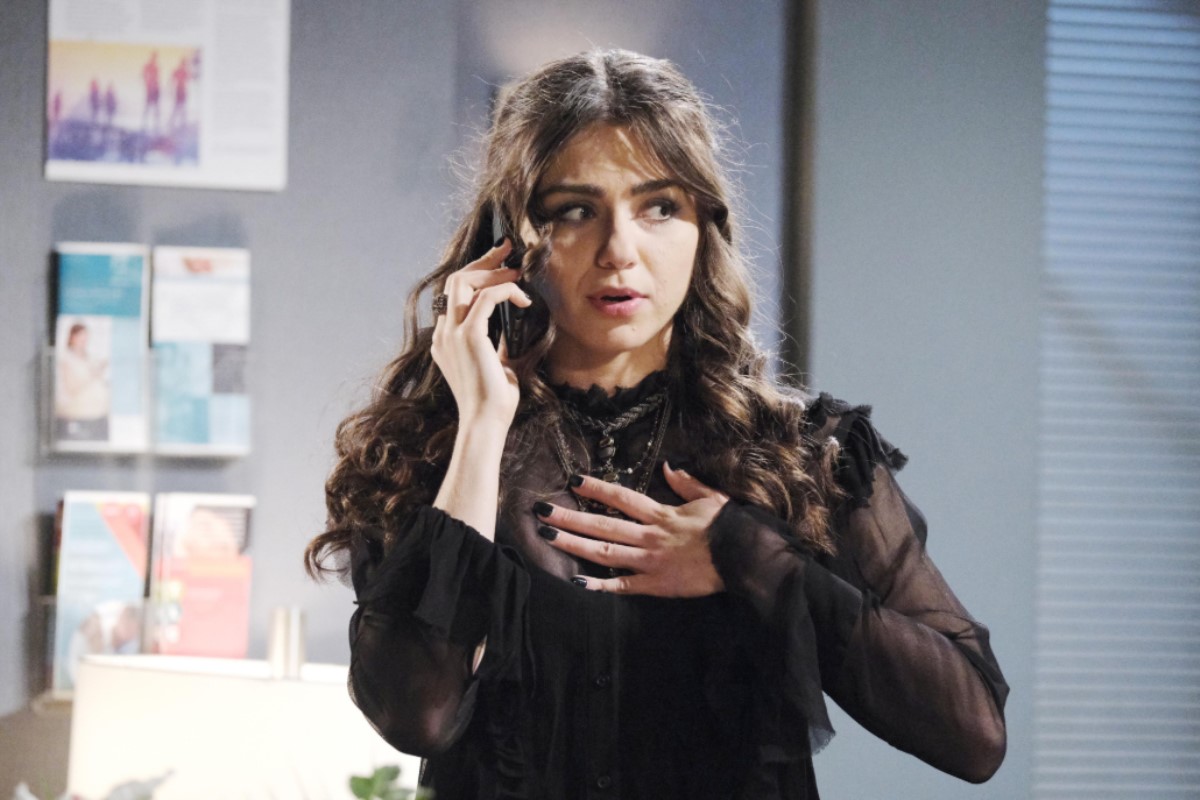 DOOL fans can expect a glimmer of hope on Thursday. Days of Our Lives spoilers say Ciara will get a clue of some sort. She’ll begin working on a new theory about Jordan Ridgeway’s (Chrishell Stause) real killer, so this could be a big break for Ben.

Speaking of big breaks, Clyde Weston (James Read) will be stuck on his prison break idea. He’ll push Ben to accept his help, but Ben will worry about this plan going horribly wrong. However, Ben doesn’t have a lot to lose at this point. Clyde will convince his son that if he wants to survive, he has to take drastic action.

Other Days spoilers say Roman Brady (Josh Taylor) and Rafe Hernandez (Galen Gering) will start their hunt in Prague. They’ll hope to find Princess Gina Von Amberg aka “Hope Brady” and Marlena Evans (Deidre Hall), but they don’t have all the facts. It’s John Black (Drake Hogestyn) that Princess Gina’s with at the moment – and things are about to take a shocking turn.

Days of Our Lives spoilers say Princess Gina will grow frustrated in Thursday’s episode. John will stand by his claim that Marlena isn’t dead, so he’ll focus on trying to get out of that dungeon. Princess Gina will end up drugging John’s water, which will cause John to hallucinate that Marlena’s in the room. Gina will take advantage of that by locking lips with John, but he’ll obviously still be hung up on Marlena.

Days of Our Lives Spoilers: Sarah Claims Xander Is The Man For Her – Will She Break His Heart https://t.co/nMhvaEp0vU

Of course, the real Marlena is probably pretty close to the Prague dungeon by now! Hattie Adams (Deidre Hall) is clearly the one “Steve Johnson” aka Stefano DiMera (Stephen Nichols) thinks is Marlena, so he’ll continue to make bold moves in Gina’s lair. “Steve” will assure “Marlena” that John is dead and gone, but it’ll be hard to convince her of that without proof.

After “Steve” pulls “Marlena” into a kiss, he’ll wrap up the week by revealing his true identity – so that’s something to look forward to. It’ll be interesting to see how Hattie handles everything over these next couple of episodes. We’ll give you updates as other Days news and rumors emerge. Stick with DOOL and don’t forget to check back often for the latest Days of Our Lives spoilers, rumors, updates and news.