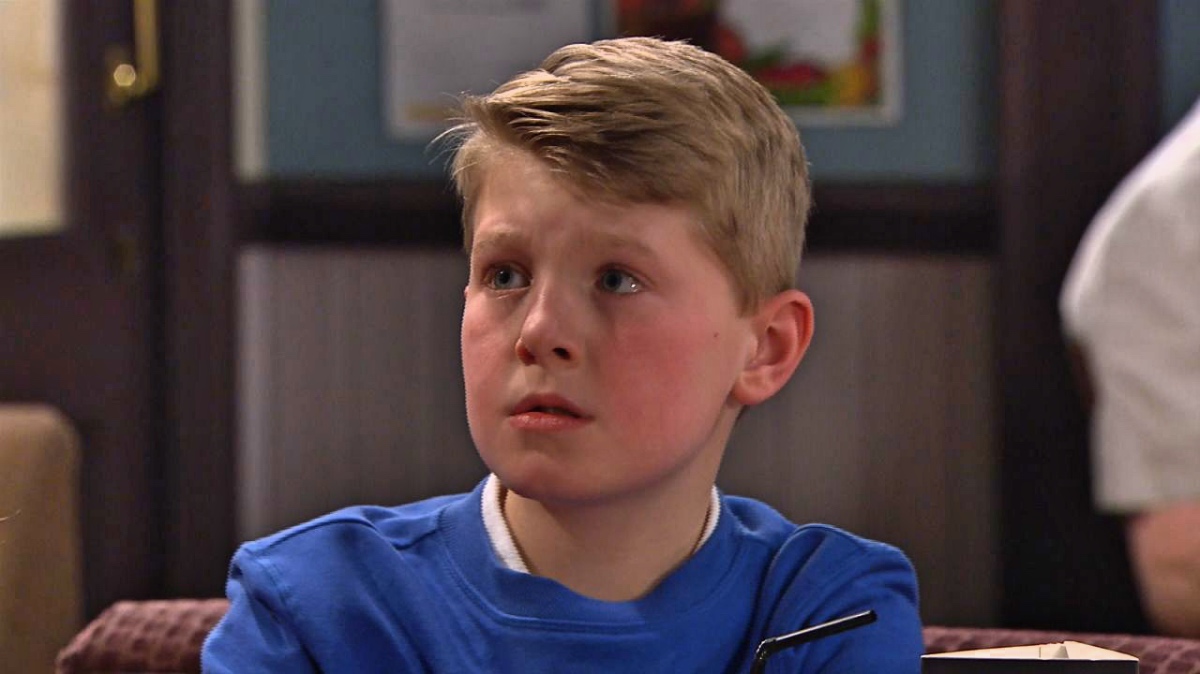 Emmerdale spoilers reveal Arthur Thomas (Alfie Clarke) makes a confession. He was the one that was hurting Archie Breckle Sharma (Kai Assi).

The boy makes the admission to his mother, Laurel Thomas (Charlotte Bellamy). Plus, Rhona Goskirk (Zoe Henry) takes matters into her own hands. Keep reading to find out more about these storylines.

What Happened to Archie Breckle Sharma?

After his mother suddenly died, Archie went to go live with his father, Jai Sharma (Chris Bisson). However, the boy wouldn’t speak and was withdrawn. This was partly due to him losing his mother so suddenly. The other part was due to him not really having a relationship with his dad and now being forced to live with someone he considered a stranger.

But that wouldn’t be the worst of it for Archie. Arthur began bullying him and things got really intense. At one point, Archie ran away.

Later this week, expect Laurel to receive a double dose of shocking news. First, she learns that Arthur’s grandfather has died. She tells the kids about the passing and Arthur ends up running off. It turns out that the boy is convinced that God is punishing him. Later, he will confess that he is the person that was hurting Archie.

Now, what will Laurel do with this information? How will this change things for the other characters that were involved? As fans recall, the bruises on Archie’s arms were blamed on someone else.

Rhona Goskirk Takes Matters Into Her Own Hands

Other Emmerdale spoilers indicate that Rhona will take matters into her own hands. After Graham Foster’s (Andrew Scarborough) death, Marlon Dingle (Mark Charnock) was arrested for the crime. He pleaded with Rhona to believe that he was innocent and she thinks Kim Tate (Claire King) is responsible.

What will Rhona do to take matters into her own hands and will there be any consequences for her actions? Kim isn’t one to be messed with, that’s for sure. Rhona needs to tread carefully. Fans will have to keep watching the British soap opera to see how this storyline ends.