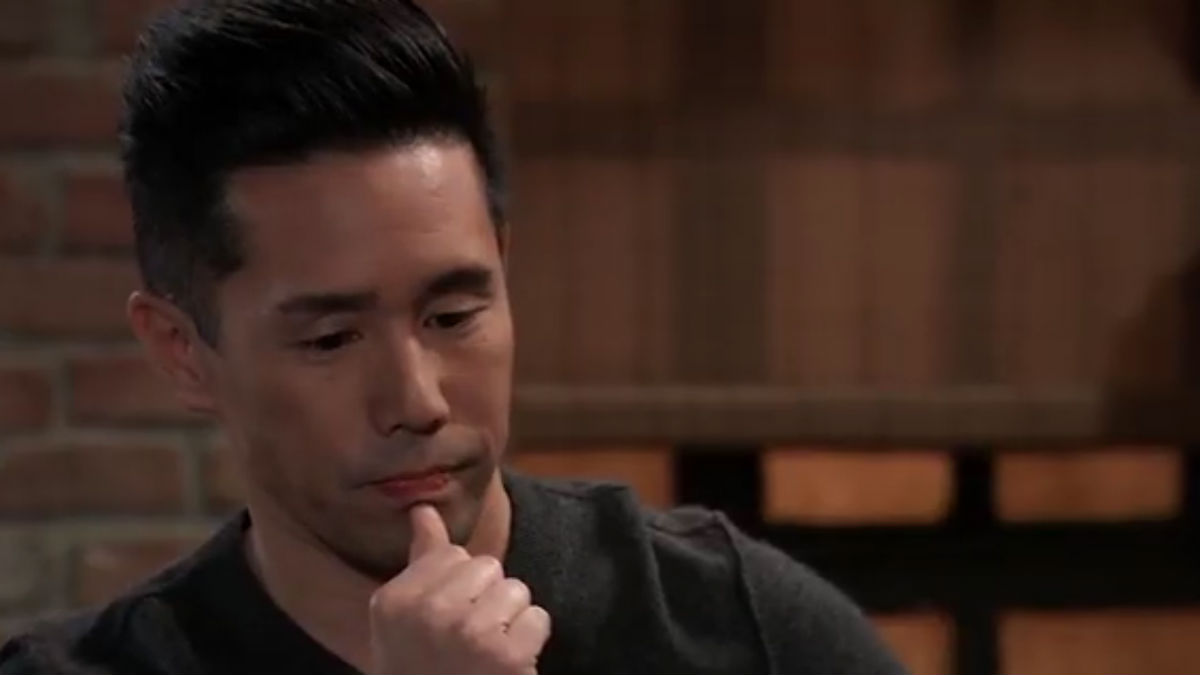 General Hospital (GH) spoilers tease that Brad Cooper (Perry Shen) is well aware that since Nelle Benson (Chloe Lanier) has obtained parole from her prison stint in Pentonville, that’s its only a matter of time before Nelle decides to take back Wiley Cooper-Shen (Erik and Theo Olsen). Her first stop after her release was to blackmail Brad into letting her stay with him and Wiley. Michael Corinthos (Chad Duell) got her out there by offering to let her stay at the Quartermaines.

General Hospital Spoilers: Brad was only in control of the baby swap secret as long as Nelle was in jail

As viewers will recall, Nelle and Brad switched Nelle and Michael’s baby for the baby Brad and Lucas Jones (Ryan Carnes) adopted who sadly died his first night home from the hospital, Nelle knew she was likely going to prison and didn’t want Michael or either of his families to raise her son. So she let Michael believe his son was dead all this time, while he was actually right under his nose, living with Brad and Lucas.

GH Spoilers: But now that Nelle is free

Nelle has already hinted that she wants to claim Wiley. Brad has been keeping this secret for almost two years now, with Julian Jerome’s (William DeVry) assistance. But even Julian knew that Brad was a loose cannon, and tampered with the brakes of Brad’s car. Unfortunately Lucas was in the driver’s seat and is still in a coma, but Brad did finally reveal the truth just before the accident.

GH Spoilers: Brad might very well be planning to leave

For his own safety, and before the secret comes out, Brad might very well be thinking about getting out of Port Charles, If he is still in town when Nelle or someone else finally brings the truth to light, Brad will likely go to jail, or if Sonny decides to get revenge on Brad, he might even end up dead. Lucas, if and when he wakes up, likely won’t want anything more to do with Brad. He might contact his good friend, Britt Westbourne (Kelly Thiebaud) to help him get away. She is really Brad’s only friend and might be his only hope to stay alive and out of prison.

Will Brad be long gone from Port Charles before the baby swap secret comes out. Or will Brad end up in prison or even dead? Will Britt assist him before it’s too late for him? Anything can happen, so stay tuned to General Hospital airing weekdays on ABC. And don’t forget to check back here regularly for all your General Hospital news, information and spoilers!