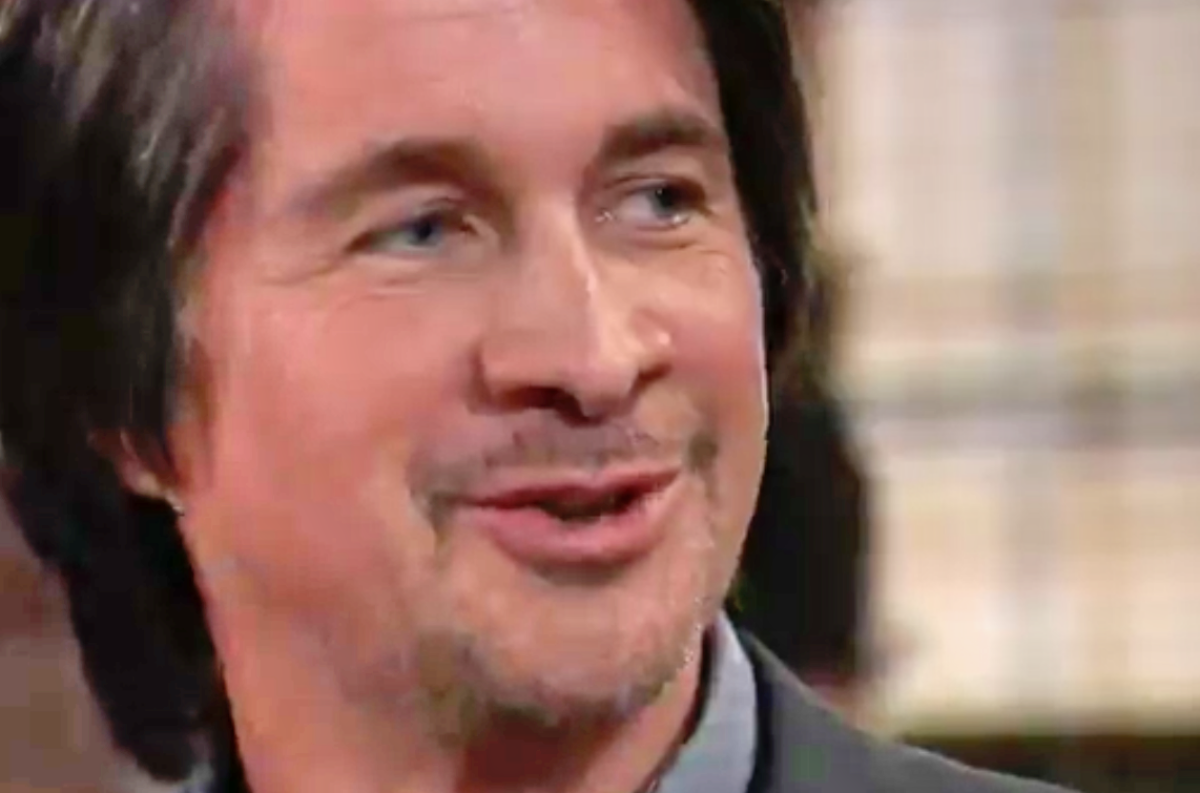 General Hospital (GH) spoilers for Wednesday, February 5, tease that Hamilton Finn (Michael Easton) will bicker with Anna Devane (Finola Hughes). Finn spotted some cute playtime between Peter August (Wes Ramsey) and Violet Barnes (Jophielle Love), but it’s not so cute when you think about all the sinister things Peter’s done! Now that Finn’s a dad and the only parent in Violet’s life, he’s determined to protect her.

On Wednesday, Finn will point out that Anna Devane (Finola Hughes) left Peter alone with Violet. He’ll make it clear that he’s no OK with that, but Anna will rush to Peter’s defense. She certainly won’t think Peter’s a threat to Finn’s little girl, but Finn may choose to put his foot down on this.

General Hospital Spoilers: Nelle Needs An Ally At The Quartermaine’s? Will Brook Lynn Take The Bait?

Over with Nina Reeves (Cynthia Watros), she’ll be given an intriguing question to ponder. Maxie Jones (Kirsten Storms) will wonder if Nina’s interested in Jasper “Jax” Jacks (Ingo Rademacher) – and her expression will suggest that she is. Nina will probably bring Maxie up to speed on her lip lock with Jax and admit there are some flying sparks.

Alexis Davis (Nancy Lee Grahn) will also want the scoop, but she’ll seek Jax’s side of the story. She’ll be eager to find out if Jax slept with Nina, but he’ll insist they haven’t taken things that far. Alexis may ask if Jax intends to, which will give him something to mull over like Nina. After Alexis offers a little advice, Jax will ultimately determine that Nina should remain his friend for now.

Other General Hospital spoilers say Julian Jerome (William deVry) will arrive at Brad Cooper’s (Parry Shen) and offer to help. A suspicious Brad will ask what the catch is, but Julian will argue that he doesn’t have ulterior motives. He’ll think it’s time for a truce, but it’s always wise to proceed with caution when it comes to trusting Julian!

Next, Nelle Benson Archer (Chloe Lanier) will stand her ground. At the Quartermaine mansion, Nelle will be presented with a deal she views as unsatisfactory. Martin Gray (Michael E. Knight), Sasha Gilmore (Sofia Mattsson) and Michael Corinthos (Chad Duell) will be on hand as Nelle declares she’s not going anywhere. She’ll rip up the paperwork for this deal and insist on staying put.

General Hospital Spoilers: Sam McCall And Damian Spinelli Will Have A Conversation

Across town, Sonny Corinthos (Maurice Benard) will get info on his latest enemy. Thanks to Jason Morgan (Steve Burton), Sonny will know Cyrus Renault (Jeff Kober) is the one who ordered the coordinated attack on his family. Cyrus was recently transferred to Pentonville, so Sonny will decide to meet with him before long.

Until then, Carly Corinthos (Laura Wright) will refuse to be kept in the dark. She’ll think she deserves to know who tried to kill her children and what Sonny’s going to do about it! General Hospital spoilers say some hot drama’s ahead. We’ll give you updates as other GH news and rumors emerge. Stick with the ABC soap and don’t forget to check back often for the latest General Hospital spoilers, rumors, updates and news.