The Bold and the Beautiful Spoilers: Wyatt Shows Concern Over Sally’s Change In Character – Fearlessness Gone 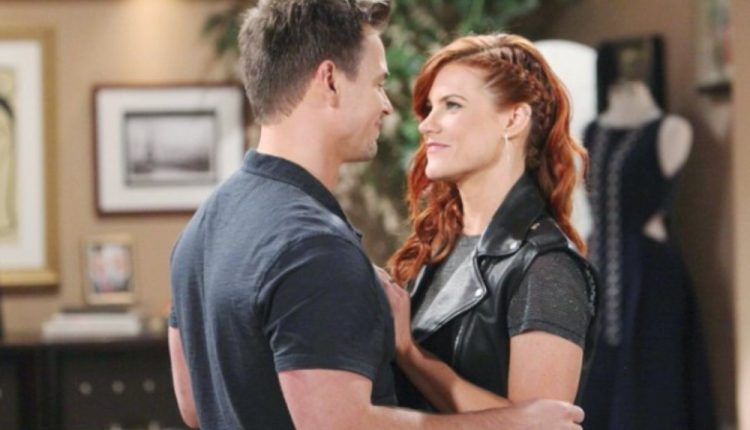 Sally Spectra (Courtney Hope) knows that something serious is happening on ‘The Bold and the Beautiful’. This character’s normal fearless nature has been challenged by changes that are happening within her body.

Meanwhile, as Wyatt Spencer (Darin Brooks) starts his third relationship with Flo Fulton (Katrina Bowden), the former ‘Wally’ member remains concerned about Sally. For the moment, Wyatt is purely thinking about her emotional well-being after he dumped her for the second time in less than a year.

With whatever proves out with Sally’s diagnosis, there’s no doubt that the stress of being involved with Wyatt hasn’t been positive overall. As B&B fans recall, Wyatt chose to abruptly end their initial relationship last year for a thin-skinned reason.

Hearing a short time after Sally learned about Thomas Forrester’s (Matthew Atkinson) plan to split ‘Lope’, a situation that represented pure talk at the time, Wyatt felt betrayed. He cut Sally off and coupled with Flo, which was fully convenient for him.

Later, Wyatt dropped Flo, after she was revealed to have been involved in the underground adoption of Beth Spencer (Madeline Valdez and River Davidson). That shocker made Wyatt realize that what he’d done to Sally was wrong.

Months later, he dropped Hope’s character again, after she called him Liam Spencer (Scott Clifton) by mistake. Flo was out of jail and available and became his fallback choice.

Sally left town after a tumultuous battle for the future of Spectra Fashions played out. Liam was Sally’s champion at the time, which sparked a perceived, near-death set of kisses between them while the pair was trapped underneath the building Bill Spencer (Don Diamont) issued detonated, not knowing anyone was inside.

Wyatt happened upon Sally during a soapy circumstance that helped ‘Wally’ to form. Flo’s connection to Reese Buckingham (Wayne Brady) and her arrival in Los Angeles, California, was the reason why the first edition of ‘Wally’ eventually ended.

As Wyatt recently admitted to Sally, he never stopped loving Flo. But Sally’s health issue seems likely to come between Wyatt and Flo now, whatever it is.

The Bold And The Beautiful Spoilers – Health Concerns Are Significant

Assume the best for a moment. Sally doesn’t have an illness or a deadly disease. Instead, she has a treatable condition that will either be handled by a prescription, or short recovery stint. That wouldn’t make for compelling drama, so the odds of that outcome seem slim.

It would make far more dramatic sense if Sally is pregnant with Wyatt’s child. That specific result would create another deepening of the Sally, Wyatt, Flo triangle.

Hopefully, a dark storyline isn’t emerging. A serious illness or terminal disease arc would be infinitely less desirable than a new life being written into B&B’s world.