The Young and the Restless Spoilers: A Scandalous Secret Changes Kola’s Marriage Forever 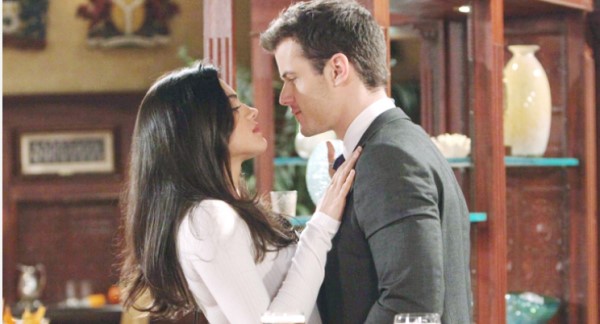 The Young and the Restless spoilers indicate that a scandalous secret will change Kola’s marriage forever. In fact, Kyle Abbott (Michael Mealor) and Lola Rosales (Sasha Calle) might not even make it to the end of the season, let alone to the end of this current month. Here’s what you need to know.

While there’s no doubt that Kyle loves Lola, he’s someone who often makes a lot of mistakes. He’s also someone who doesn’t seem to understand that when you are married, the only person that you should be locking lips with is your wife. Theo Vanderway (Tyler Johnson) might have been right when he said that Kylie isn’t the Abbott golden boy that everyone thinks he is. There’s going to be a huge secret that is going to rock everyone to the core once it comes out.

Speaking to Soap Opera Digest in a new interview, co-executive producer and head writer Josh Griffith says that if you thought things were already bad between Kyle Abbott and Lola Rosales, apparently, we have seen nothing yet. That’s because there’s going to be a huge turning point in their marriage. In other words, this might turn into an unmanageable crisis with a less than happy ending.

The Young and the Restless Spoilers: Amanda’s Trouble Arrives – Past Problems Return With a Bang https://t.co/lfqY0LTT5A pic.twitter.com/5yvHXgi6ba

After Kyle and Summer shared that kiss in San Francisco, Lola will have a hard time trusting her husband, let alone even looking him in the face. Griffith puts it this way to the publication, “A scandalous secret will forever change the dynamics of Kyle and Lola’s marriage. Complicating matters are Summer and Theo, who are both waiting in the wings to help pick up the pieces.”

In other words, there might be a couples’ swap in the works here. But is this something that all parties involved want at the end of the day? Well, it depends on who you ask. Of course, The Young and the Restless fans will have to tune in for all of the action.