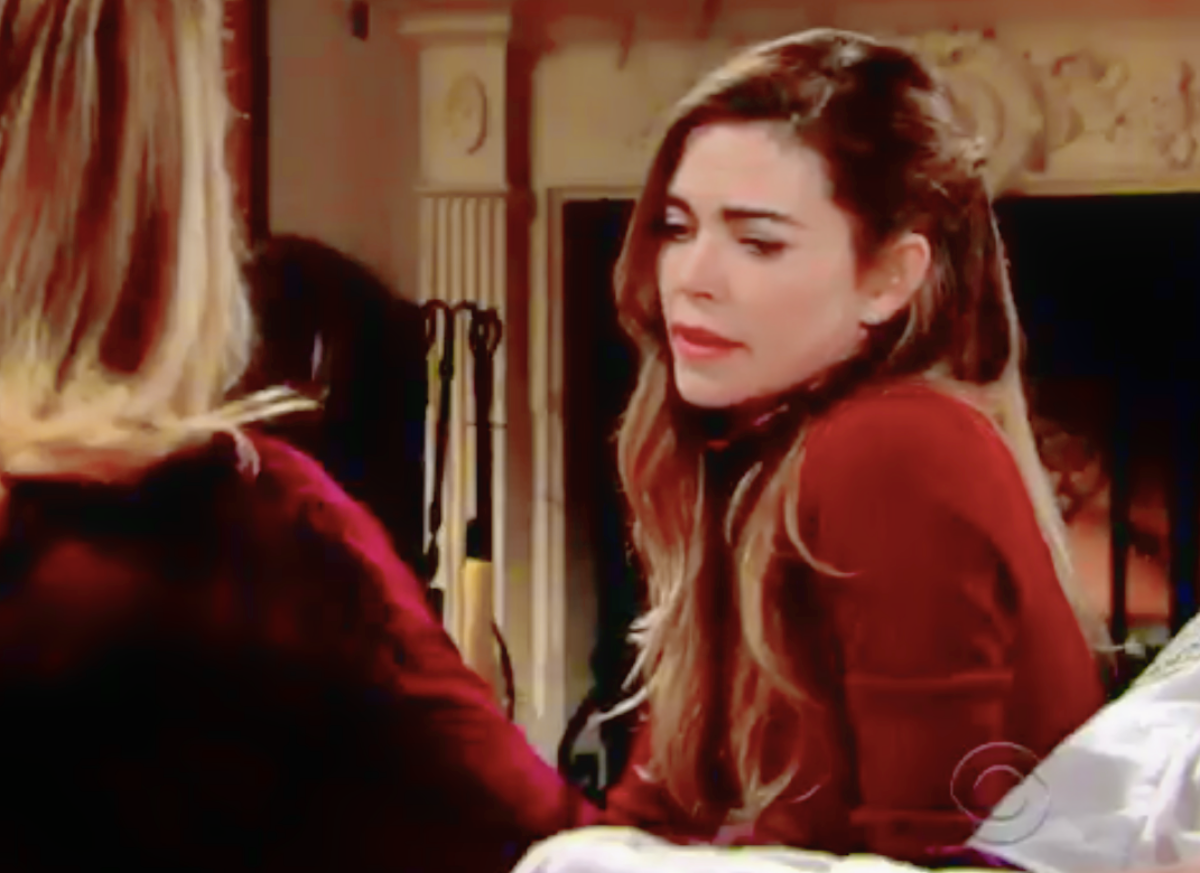 The Young and the Restless (Y&R) spoilers for Wednesday, February 5, tease that Kyle Abbott (Michael Mealor) will make a blunder during his staff meeting at Jabot, saying that the point person on the project will be Lola Abbot (Sasha Calle). He’ll then correct himself. He’ll want to talk with Theo Vanderway (Tyler Johnson) but Theo will have already gone for the day.

Meanwhile, at Society, Theo and Lola will chat together while Phyllis Summers (Michelle Stafford) and Summer Newman (Hunter King) watch from afar. Lola will consider confronting Summer, but Theo won’t think that’s a good idea. Summer will remark that this is why she feels it’s ok to tell Kyle how she feels about him, then she’ll tell her mom that she blabbed to Theo about the San Francisco kiss. Phyllis will say that she doubts that he told Lola about it.

Next on Y&R, at the bar, Lindsay (Kirby Bliss Blanton) will chat with Mariah Copeland (Camryn Grimes) about her video editing on Tessa Porter’s (Cait Fairbanks) video, and she’ll be quite complimentary. Mariah will take note of both Summer and Lola and say that she’s waiting for a war to erupt.

At this point, Kyle will arrive and see everyone sitting in their respective places, then he and Lola will head to the kitchen for a conversation, while Summer and Theo leave. Kyle will say that he wasn’t surprised to find Lola with Theo, but Lola will insist that it’s not the same as with him and Summer. Kyle will say that he’s fighting for their marriage, yet Lola will want to hear what he meant about Summer being in his head.

Kyle will then admit that Summer asked him some questions in San Francisco that he didn’t know the answer to, and that Summer is in his heart as well as in his head. He’ll say that he thought he was over her, but he’s not. Lola will be heartbroken, and they’ll both be in tears.

Next on Y&R, Theo will come back to Society and look in the kitchen doors as Lola laments that she never wanted to end up like her mother, and Kyle will say that he hates to make her feel like that. Lola will admit that Theo knows her the way that Summer knows him, but that she wouldn’t let Theo in.

Ultimately, they’ll agree that their marriage is over, and Kyle will say that he’ll take a room at a hotel. Kyle will leave, and Lola will exit the kitchen crying, to find Theo. She’ll tell him that it’s over and will ask him not to leave, as she needs a friend right now. Meanwhile, at the Grand Phoenix, Kyle will arrive, followed shortly by Summer, who will take his hand.

Next on Y&R, Billy Abbott (Jason Thompson) will meet with Victoria Newman (Amelia Heinle) at Crimson Lights. Victoria will say that Billy is a liar, and Billy will question what exactly he’s done while Amanda Sinclair (Mishael Morgan) and Nate Hastings (Sean Dominic) arrive. Victoria will indicate that Billy slept with Amanda, which he’ll deny.

Once Victoria leaves, Billy will talk with Amanda, saying that Victor Newman (Eric Braeden) is probably behind this. Billy will apologize to Amanda, then leave. Amanda and Nate will then talk, and Amanda will open up to him about how she’s caused trouble in Genoa City, but Nate will believe that she and Billy were just friends.

They’ll end up turning the conversation to Ripley Turner (Christian Keyes), Amanda’s ex. She’ll note that there was never anything physical between them in terms of abuse – rather it was stalking that was the problem. Nate will say that Amanda shouldn’t run anymore.

Young And The Restless Spoilers: Victoria Newman Gets Comfort from Victor Newman

Next on Y&R, Victoria will head back to the Newman ranch where she tells her dad about her encounter with Billy. He’ll encourage her to do more boxing and they’ll spend some nice moments together. Victoria will proclaim that she won’t let anyone hurt her again.

Meanwhile, at the Grand Phoenix, Phyllis will spot Billy. She’ll blast him about cheating with Amanda, which she heard through the grapevine. She’ll tell him that if he wants to blow up his own life, that’s fine, but not to take her friend Amanda down with him. Billy will fire back that he doesn’t care what Phyllis believes.

Amanda will then arrive, and Phyllis will wonder if she’s ok, given everything that’s gone on. Amanda will say that she appreciates Phyllis’ friendship and protectiveness, but that she can handle things. Finally, on Wednesday’s new episode of Y&R, Amanda will go upstairs to her room, only to find Ripley sitting on her bed. He’ll greet her, saying it’s been a while.