Days of Our Lives Spoilers: Is Marlena Pretending To Be Hattie? 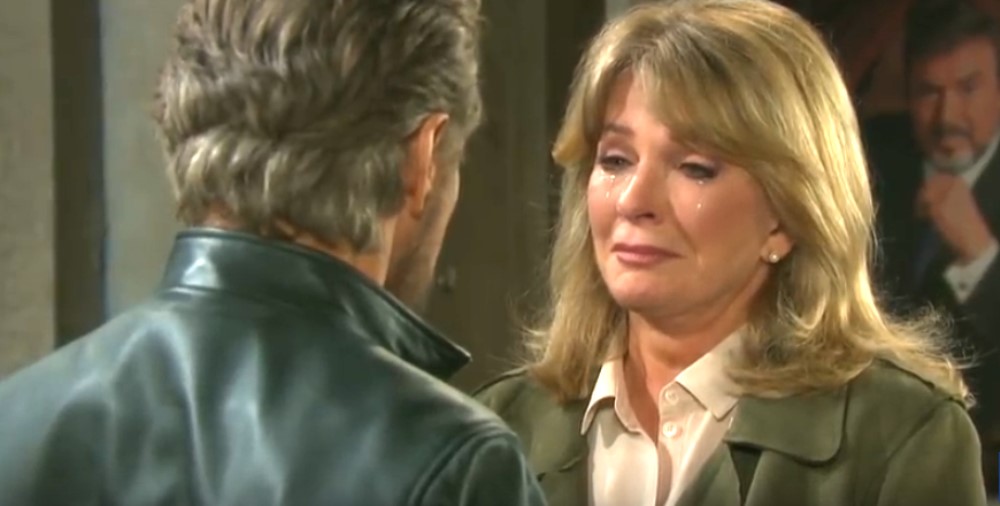 Days of Our Lives (DOOL) spoilers indicate that many of the time jump mysteries were resolved last week. We now know Adrienne Kiriakis (Judi Evans) died, all about the baby swap, and exactly what happened to Haley Chin (Thia Megia). But one surprise may not have been intended to revealed just yet.

DOOL Spoilers: Off Screen something must have happened

Days of Our Lives Spoilers: Kate was worried about Marlena’s safety

Kate was feeling guilty about Marlena possibly being in danger. And sure enough, Princess Gina had Marlena at gunpoint. When next we saw Marlena, she woke up in Steve as Stefano’s lair. But Closed Captioning reads “Hattie as Marlena” whenever Marlena speaks. So assuming it’s not a mistake, at some point Hattie and Marlena must have switched places. Perhaps Roman helped them pull it off. The last time Hattie was enlisted to switch with Marlena, it was Roman who made it happen. But for what purpose?

DOOL Spoilers: Was this on purpose?

It’s doubtful that this was done on purpose as there have been no spoilers with this information. What happened between the time we saw Marlena with Princess Gina and when she woke up. Does that mean Marlena is also pretending to be Hattie? Did Kate and Hattie pull off the switch under Princess Gina’s nose? Is Roman Brady (Josh Taylor) in on it as well?

While it might be fun to be in the know

While it might fun to know its actually Hattie interacting with Steve, it may not have been the powers that be that we are in the know this quickly. But what’s done is done and it still should provide some very fun scenes with both characters. The drama in Salem continues to heat up, so stay tuned to Days of Our Lives airing weekdays on NBC. And don’t forget to check back here regularly for all your Days of Our Lives news, information and spoilers!