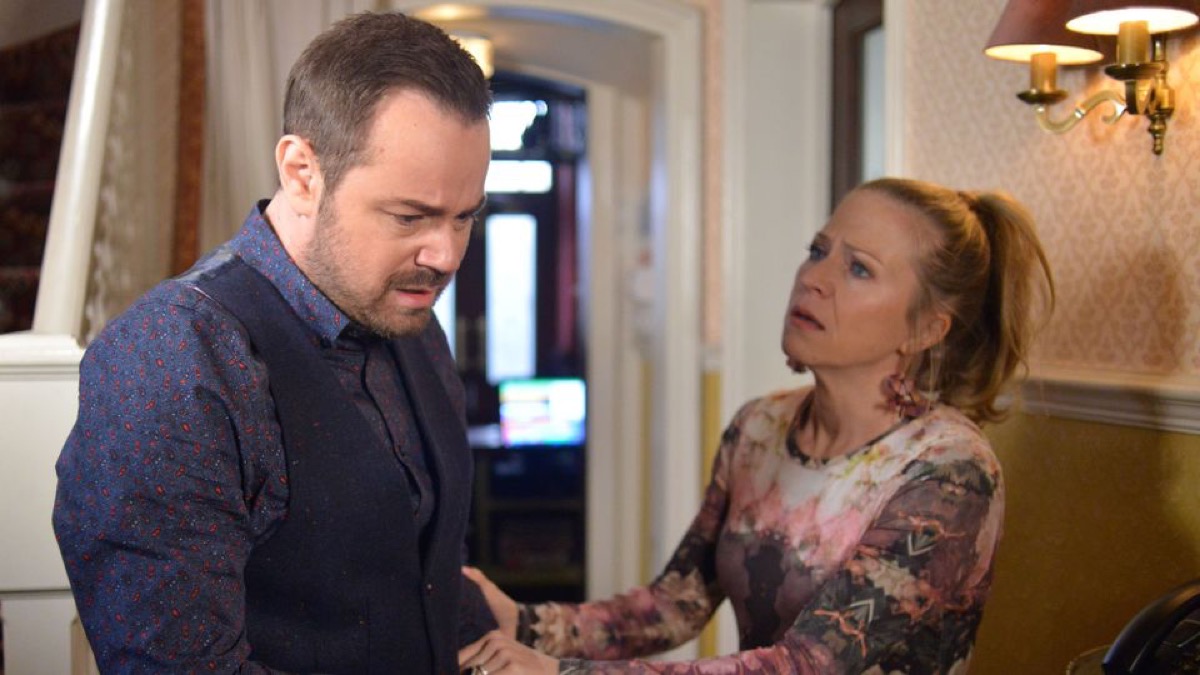 Eastenders spoilers reveal Michael “Mick” Carter (Danny Dyer) will have a nasty argument with his wife, Linda Carter (Kellie Bright). He is told by Shirley Carter (Linda Henry) to make his son a priority. Things will go from bad to worse for the alcoholic as she receives a huge shock. Keep reading to get all the details on what to expect with this storyline.

Linda tries going to a support group in an attempt to get help for her drinking problem. However, things don’t go too well and Shirley ends up surprised when Linda breaks down afterward. She hasn’t been Linda’s biggest supporter, that’s for sure. While some fans can understand her side of it, she doesn’t make things easy for Linda, especially when it comes to alcohol.

Eastenders spoilers reveal after Linda’s meltdown, Shirley will go to Mick and insist that he not worry about Linda right now. His number one priority has to be Ollie Carter (Harry Farr). Fans can certainly understand this, especially after she puts him in danger after leaving him downstairs alone at The Vic while she falls asleep.

It is teased that on Thursday night’s episode, Linda and Mick will get into an awful fight. Linda has been drinking of course and actually ends up lashing out at her husband. It is an action she will soon regret, though. Mick can’t take much more of Linda’s antics, that’s for sure. But if she thought the relationship was tense now, just wait until Friday.

Eastenders spoilers indicate Linda will receive shocking news. She finds out that Mick has canceled her card. He doesn’t tell her about it, instead, she finds out when her card is declined. She feels humiliated and will come up with the idea that Mick and Shirley are plotting against her. However, it is tough love and an attempt to limit her access to alcohol.

But will it work or could she end up losing her family before she decides to get sober? Fans will have to keep watching the British soap opera to see what happens next.