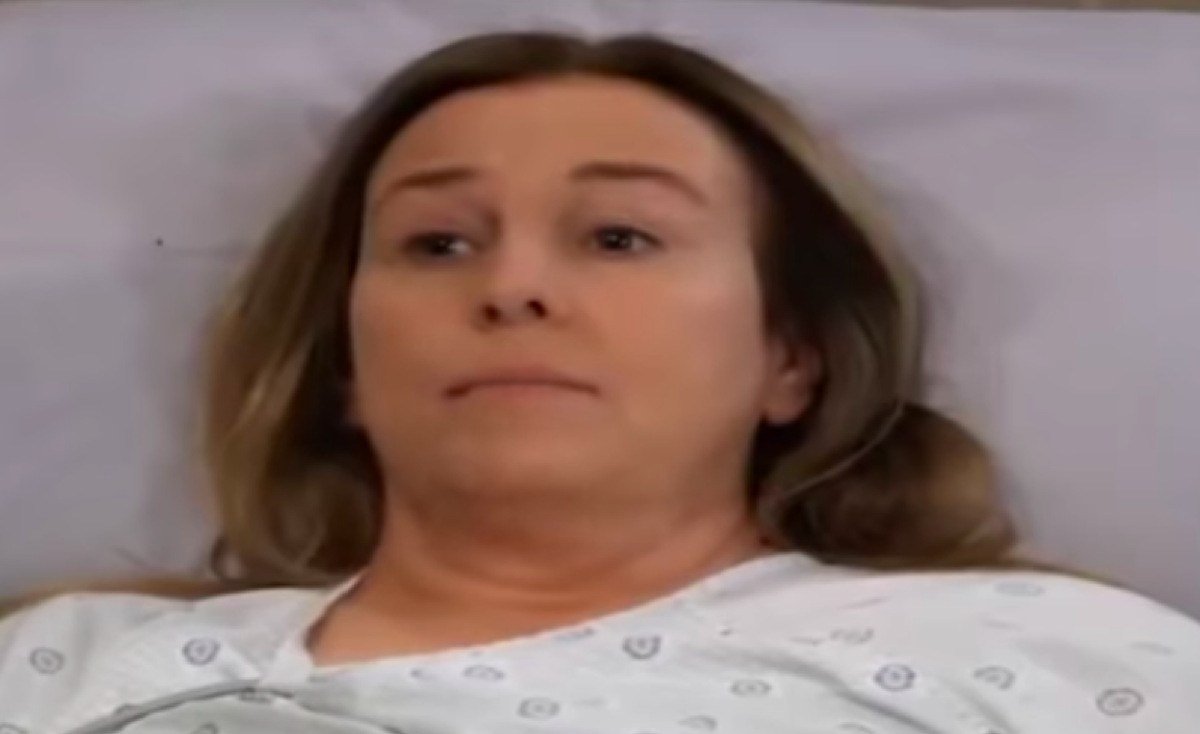 Marcus Taggert (Real Andrews) arrives at the PCPD to speak to Jordan. Jordan tells Taggert that Sonny isn’t coming in to give a statement. Taggert brings Jordan information on their former boss. Taggert has medical records. Jordan asks how Taggert got these files.

Taggert points out that their old boss had to be murdered. Jordan thinks they need to go to their old bosses and let them look into this death. Jordan and Taggert think this might be their fault. Jordan introduces Taggert and Curtis. Taggert lies and says today was the first day he has spoken to Jordan.

General Hospital’s Anna Devane (Finola Hughes) arrives home with Emma Scorpio-Drake (Brooklyn Rae Silzer). Emma asks if Anna is ok. Anna continues to ramble on and Emme knows something is wrong. Anna tells Emma that Peter August (Wes Ramsey) made some mistakes in the past and some people won’t let it go. Emma wants to visit Epiphany Johnson (Sonya Eddy). Anna tells Emme that Peter deserves their faith In him. Emma says everyone doesn’t know Peter the way they do. Finn apologizes to Anna. Finn tells Anna that he knows why everyone wants to take Peter down so badly.

General Hospital’s Kevin Collins (Jon Lindstrom) visits with Laura Collins (Genie Frances). Kevin offers to restrict Laura’s visitors but she doesn’t want that. Kevin asks who wore Laura out more. Laura doesn’t know which of her kids is worse. Jason updates Michael Corinthos (Chad Duell) on who is behind the attacks. Jason Morgan (Steve Burton) arrives to check on Laura.

Laura asks if Sonny knows who is responsible for the shootings. Jason tells Laura that Sonny is addressing the situation. Laura warns Jason that this better not turn into a mob war. Curtis Ashford (Donnell Turner) arrives and Laura fills him in about Taggert. Curtis plans to head to the PCPD. Jason tells Michael that Sonny is handling this. Michael gets a call that Lucas is awake. Kevin wants to hide Laura’s phone but she won’t let him. Laura is afraid there could be a lot more collateral damage.

General Hospital’s Sam McCall (Kelly Monaco) and Hamilton Finn (Michael Easton) talk at Kelly’s. Finn questions how to stop someone from making a huge mistake. Sam explains to Finn that Robert Scorpio (Tristan Rogers) is willing to help her if she can get information on Peter. Finn tells Sam he doesn’t have any information to give her and leaves. Michael calls Willow Tait (Katelynn MacMullen) who is talking to Harrison Chase (Josh Swickard) and tells her that Lucas is awake. Willow is glad that Lucas is awake but now she has no role in Wiley’s life.

General Hospital’s Sonny Corinthos (Maurice Benard meets with Cyrus Renault (Jeff Kober) at Pentonville. Sonny tells Cyrus he has a problem he might not be able to handle. Cyrus only has a problem with the federal government. Sonny warns Cyrus that he keeps what is his. Sonny tells Cyrus he failed at getting what he wanted because his family is still intact. Cyrus tells Sonny this is a negotiation.

Cyrus wants to work with Sonny but he refuses. Cyrus tells Sonny he needs to change with the times. Cyrus asks if they have a deal. Sonny wants Cyrus to leave. Cyrus has business in Port Charles and isn’t going anywhere. Sonny tells Cyrus that accidents happen. Sonny tells Cyrus he knows the people he deals with. Sonny threatens Cyrus’ life. Sonny calls Jason and tells him they are in for a fight.